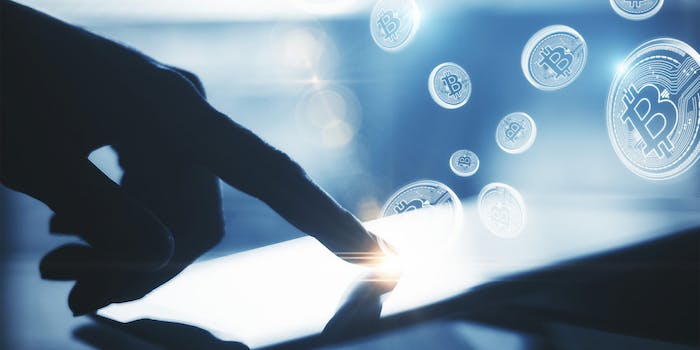 Anticipation for the Bitcoin futures market has driven the price of the cryptocurrency to record highs.

My first summer job was as a “runner” in the Chicago Board of Trade pit. Clad in a men’s XS purple blazer, I’d wait for a phone clerk to hand me a piece of paper with hieroglyphic symbols on it to “run” to a broker on the floor. The broker would then make hand signals in the air, indicating the trade, and I’d wait for the order to be filled before heading back to my station. Runners were strictly prohibited from actually running, and by 2003, electronic trading had already outmoded the majority of my job.

In the last 15 years, the pits have gone from a chaotic din to a deafeningly silent ghost town. Only a waning handful of brokers still do open outcry orders, and the shouting tradition seems gratuitous. In a world where freshly minted MBAs can become “marketing ninjas” or accounting “rockstars” at startups, embarking on a career in futures or agribusiness has seemed decidedly less sexy.

But that may soon change, and it’s all thanks to Bitcoin.

On Nov. 21, CME Group (Chicago Mercantile Exchange) and Cboe Global Markets (Chicago Board Options Exchange), proposed contracts that will allow futures trading of Bitcoin, a decentralized form of digital money. This endorsement of two of the world’s biggest and oldest exchanges is a key step in opening Bitcoin and other cryptocurrencies to old-school institutional investors, and its value has skyrocketed because of it. A week after the announcement, Bitcoin reached its highest valuation to date, at more than $10,000.

But what are futures anyway? And how does this change the crypto game? Let’s back up a bit.

I am a third-generation worker in the bizarrely specific Chicago futures industry. My grandfather, uncle, mom and dad all made careers buying and selling corn futures, or working for companies that did. In fact, my dad screamed so hard and so often into the drowning din of the options exchange that he had to get voice lessons to both edge out the competition and soothe forming polyps. At the time, the Chicago Tribune found this reverse My Fair Lady moment an amusing anecdote for a personal interest story.

For the unenlightened, a “future” is an agreement to buy or sell a specified quantity of an underlying product at a future date at a price agreed upon between the buyer and seller. If you can picture the finale of Trading Places, in which Dan Aykroyd and Eddie Murphy buy and sell orange juice futures, surrounded by screaming men in colorful jackets, you basically get it.

Typically, futures traders buy and sell natural resources found in our great country. Their names are as Midwestern as the Chicago locations of their exchanges—things like corn, corn oil, copper, soybeans, wheat, and pork bellies. New derivatives contracts are rarely created by the Cboe or CME unless there’s a commercial need for it. That’s why adding Bitcoin to the nearly 200-year old-exchanges is not only exciting, it’s a little bit crazy. And I’m here for it.

This October, when CME CEO Terry Duffy told CNBC in an interview that Bitcoin is a “story that won’t go away” before hinting that support for Bitcoin futures would be coming to the exchanges, it’s only natural that a single Bitcoin rose to nearly $2,000. Soon, Duffy’s sentiment was echoed by Cboe Chief Strategy Officer John Deters in Crain’s Chicago Business as the Cboe announced their own plans to jump on the BTC futures wagon. “We wouldn’t be doing this if we didn’t think [Bitcoin] was here to stay.”

According to the two exchanges, who have now lent their legitimacy to the once-strange global currency, Bitcoin futures will serve an important function in traditional exchange markets. They could make digital assets more useful by allowing users and brokers to hedge foreign-exchange risks. Just like farmers waiting for a corn harvest, Bitcoin futures will permit cryptocurrency miners to “hedge” their portfolios by selling output to major companies and buyers in advance. Futures markets also have the ability to dampen the volatility of a product by removing some risk involved with trading raw assets. By doing this, old-school merchants will be encouraged to get into the crypto game.

Personally, watching these two ancient exchanges in a battle for Bitcoin dominance is both exciting and a little funny. It’s been fun watching the one-upmanship over an asset I’ve believed in for four years but overheard olds in the industry say it “wouldn’t last.” Neither exchange has officially filed a Bitcoin futures contract with the CFTC (Commodity Futures Trading Commission), but both have made big plans and promises for the contracts next year in their official announcements. The CME plans to offer a trading vehicle to trade the assets and promises safeguards to protect clients from taking big risks. Upon the Cboe’s release of its own Bitcoin futures plans, Deters similarly bragged that even if clients trade cryptocurrencies, they’ll “never have to touch it.”

Another vote of confidence in Bitcoin futures: Chicago’s burgeoning cottage industry of traders reclaiming the dusty exchanges as their own. It’s the kind innovation that has allowed the 169-year old exchange to keep on pace with the changing world. In 2014, DRW Holdings, one of the city’s biggest trading firms, with 800 employees, secretly created the Bitcoin firm Cumberland Mining. Their original investment is now worth at least $250 million. Startups like Athena Bitcoin, a Chicago-based crypto ATM company, and Bitnomial, a derivatives exchange founded by area traders, have taken root around the prospect of these futures.

However, this “excitement” (or volatility, depending on how you see it) could cause hurdles for brokers wishing to trade Bitcoin on the exchange. The CME may require traders to post extra collateral to trade Bitcoin futures, which could restrain buying and selling. There are other naysayers with more skin in the game than your uncle who thinks Bitcoin is a ponzi scheme. Thomas Peterffy, the chairman of a prominent West Palm Beach brokerage took out a full page ad in the Wall Street Journal on Nov. 14 to warn the exchanges to “keep Bitcoin away from the real economy.”

Months ago, before the exchanges considered introducing Bitcoin to the futures market, I spoke with my family about how crypto would revolutionize investing as a whole. They responded that passionate whispers about Bitcoin futures by brokers were scoffed at with serious reminders of tulip mania, the most famous commodity crash (slash convenient morality parable) in history. Until recently, that 17th century disaster centered around the momentary trendiness of tulips in the Netherlands and the subsequent tragic and avoidable financial collapse. But in 2007, perhaps when the CME was busy merging exchanges, scholars debunked the very existence of the bubble, citing new evidence that the tulip crash itself was exaggerated and had “no critical influence on the prosperity of the Dutch Republic.”

If Bitcoin futures are Chicago’s tulips, I say, let them grow.