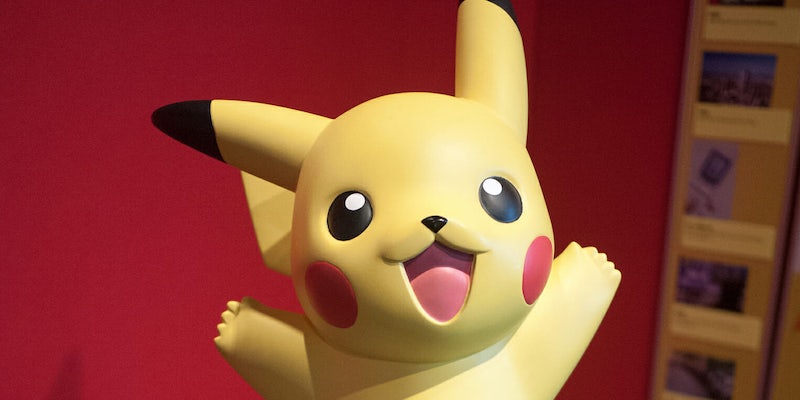 The outline of the broken glass is unmistakably like the silhouette of Pikachu.

It looks like even Pikachu isn’t cool with ICE and the idea of separating undocumented children from their families.

The silhouette of the favorite Pokemon was created when someone threw bricks at a GOP office in Lincoln, Nebraska on Tuesday, the Associated Press reports. Along with the window shattering, someone spray-painted “ABOLISH ICE” on the sidewalk outside the building.

While its clear the electric-type Pokemon didn’t become real and start vandalizing Republican offices, that didn’t stop Twitter users from pointing out that the outline of the broken glass was unmistakably similar to Pikachu.

Pikachu has escaped from his holding cell at the Nebraska Republican Party headquarters. https://t.co/QS0msI1q32

Looks like Pikachu burst out of the Nebraska Republican Party office like the Kool-Aid Man, but okay https://t.co/HDjIn7wQ8i

pikachu was being held in the office of nebraska republicans? those bastards! https://t.co/cl8vuZJvkm

I think we have a suspect #Pikachu #PokemonGO #pokemon #Nebraska #gop pic.twitter.com/F9oWMD37l4

According to AP, the person who vandalized the Nebraska GOP office caused $1,200 worth of damage.

While it might be surprising that the glass is shaped like Pikachu, the executive director of the Republican office didn’t seem shocked that the damage had been done.

Kenny Zoeller, the office’s executive director, said the office has received threats in the past, particularly after President Donald Trump was elected.

“I really wish I could tell you I’m surprised by this, but I’m not,” he told AP.

There is no word yet if the GOP office was a PokemonGo hotspot—but according to one study, Lincoln, Nebraska isn’t even in the top 20 places in the state to catch Pokemon.