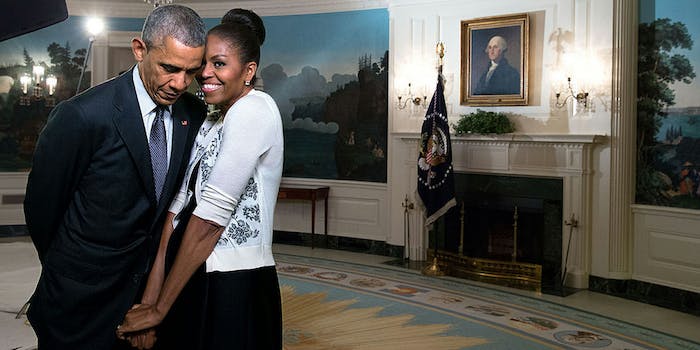 Pete Souza's ability to troll Trump on Instagram is unrivaled.

Many commenters on the Instagram post said they “love the shade” and thought his not-so-subtle jab was “savage.”

This isn’t the first time Souza has used his Instagram account as a way to troll the new president. Souza has lampooned the Trump administration’s decision not to release visitor logs; Sarah Palin, Ted Nugent and Kid Rock visiting the White House; Trump skipping the White House Passover Seder; Trump turning down the opportunity to throw out the first pitch on Opening Day; Trump refusing to shake German Chancellor Angela Merkel’s hand, and other events.

The first apparent Melania denial came on Sunday when the first lady appeared to slap away Trump’s hand as they walked down a red carpet at an Israeli airport.

The second instance came after Air Force One landed in Rome on Tuesday, where Trump reaches for Melania’s hand as she quickly reaches up to fix her hair.

Clearly, hand holding is the biggest scandal rocking the White House these days.