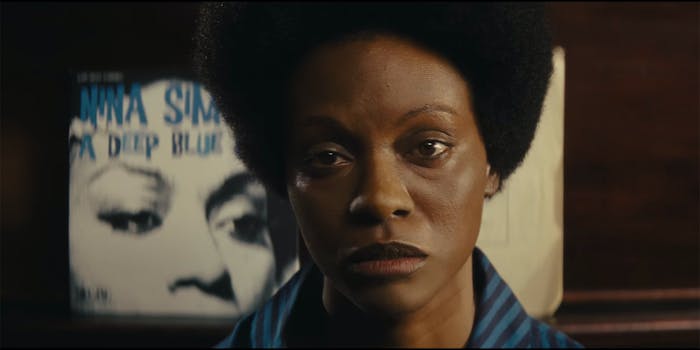 Pictures of Zoe Saldana with her skin painted darker than her complexion are circulating after the actress attempted to defend her fellow Avengers star, Chris Pratt.

Saldana, who played soul singer Nina Simone in a 2016 biopic, was criticized for darkening her skin for the film and later apologized for the role. Much of Simone’s work and activism were in response to marginalization she received as a dark-skinned Black woman, according to CNN.

“I thought back then that I had the permission because I was a Black woman. And I am,” Saldana said, per CNN. “But it was Nina Simone, and Nina had a life and she had a journey that should be honored to the most specific detail, because she was a specifically detailed individual.”

People called out Saldana’s use of blackface after she attempted to redeem her co-star Pratt, who has been accused of supporting President Donald Trump and an anti-LGBTQ church. The accusations surfaced after Pratt failed to appear at a virtual fundraiser for Joe Biden.

Saldana tweeted at Pratt and said, “Everyone who’s ever crossed paths with you knows your heart and your worth!”

People flooded the comments with photos of Saldana in dark makeup for the film. One user called her post “clownery.”

Some called out the Marvel actors for speaking out on Pratt’s behalf but staying silent when female actresses face backlash.

WATCH: The Best Order to Watch the MCU