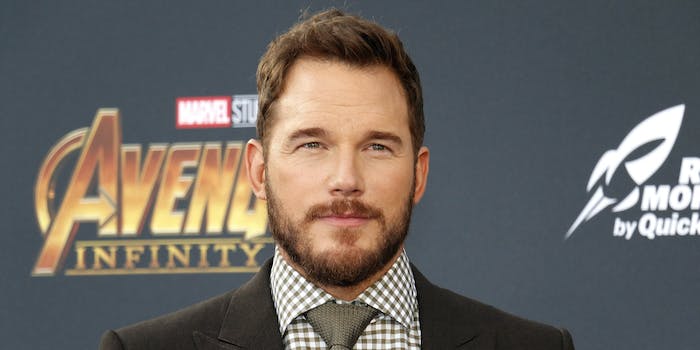 People on Twitter relitigated prior issues with the actor.

With the 2020 presidential election just over two weeks away, celebrities are using their clout for one last push for the candidates they support. And as a new virtual fundraiser for Joe Biden is set to take place this week, people have noticed one person who didn’t show up.

First announced Sunday, “Voters Assemble!” is reuniting the Russo Brothers (who directed Infinity War and Endgame) with some of the Avengers cast to join Democratic vice presidential candidate Kamala Harris for a Q&A and trivia. The fundraiser, which will take place on Tuesday, Oct. 20, will include Chris Evans, Don Cheadle, Scarlett Johansson, Mark Ruffalo, Paul Rudd, and Zoe Saldana.

Not every actor who played a major role in the Marvel Cinematic Universe is involved; for example, Robert Downey Jr. is noticeably absent. However, some fans pointed out at least one actor who appeared in Infinity War and Endgame who isn’t on the guest list for “Voters Assemble!”: Chris Pratt.

Pratt, who’s already a fairly contentious figure online and often the overwhelming winner of “which Chris would you remove” out of the four Chrises who are the faces of superhero franchises—Pratt, Evans, Hemsworth, and Pine—quickly drew the ire of the internet. Along with a rehashing of that particular game, Pratt’s name quickly trended on Twitter.

As news spread of Pratt not taking part in the Avengers fundraiser for Biden, many people relitigated several of the reasons as to why Pratt is a divisive actor online. They pointed to how he belongs to a church that is “famously anti-LGBTQ” because its founder does not support same-sex marriage and doesn’t accept all lifestyles. (Pratt denied those claims last year and said that “I go to a church that opens its doors to absolutely everyone.”)

Some have also spouted the belief that Pratt is a Republican and a Donald Trump supporter, and he’s been criticized for wearing a shirt that featured a symbol used by conservative groups.

Publicly, Pratt hasn’t supported any political candidate in the general election, but he has supported Democratic nominees in the past (he donated $1,000 to President Barack Obama’s reelection campaign in 2012); his wife, Katherine Schwarzenegger, recently urged her followers to vote for Biden. Pratt also didn’t participate in a Parks and Recreation virtual reunion last month that doubled as a Democratic fundraiser, so his absence from the Avengers fundraiser for Biden isn’t the first time he’s not joined a political fundraiser.

The closest Pratt gotten to being political on Instagram (where most of his updates are about his family’s farm) is sharing an Atlantic article written by Arnold Schwarzenegger (and Pratt’s father-in-law) at the end of May titled “The America I Love Needs to Do Better.”

Instead, he’s gotten way more ire for appearing to make fun of many people’s insistence that it’s more important to vote by urging his followers to vote for Onward in for the People’s Choice Awards.

“With all that’s going on in the world it is more important than ever that you vote,” Pratt wrote on Oct. 2. “Just ask any celebrity. They will tell you. Every day. Several times a day. To vote. But me? I will tell you EXACTLY who to vote for. #onward The heroes before us did not spill their blood only to have their sacrifices wasted by your apathy. The upcoming 2020 People’s Choice Awards is the most consequential vote in the history of mankind times a million infinity. Vote for #Onward for family movie of the year. Or else. You WILL die. No hyperbole. Click the link in my bio. Let your voice be heard.”