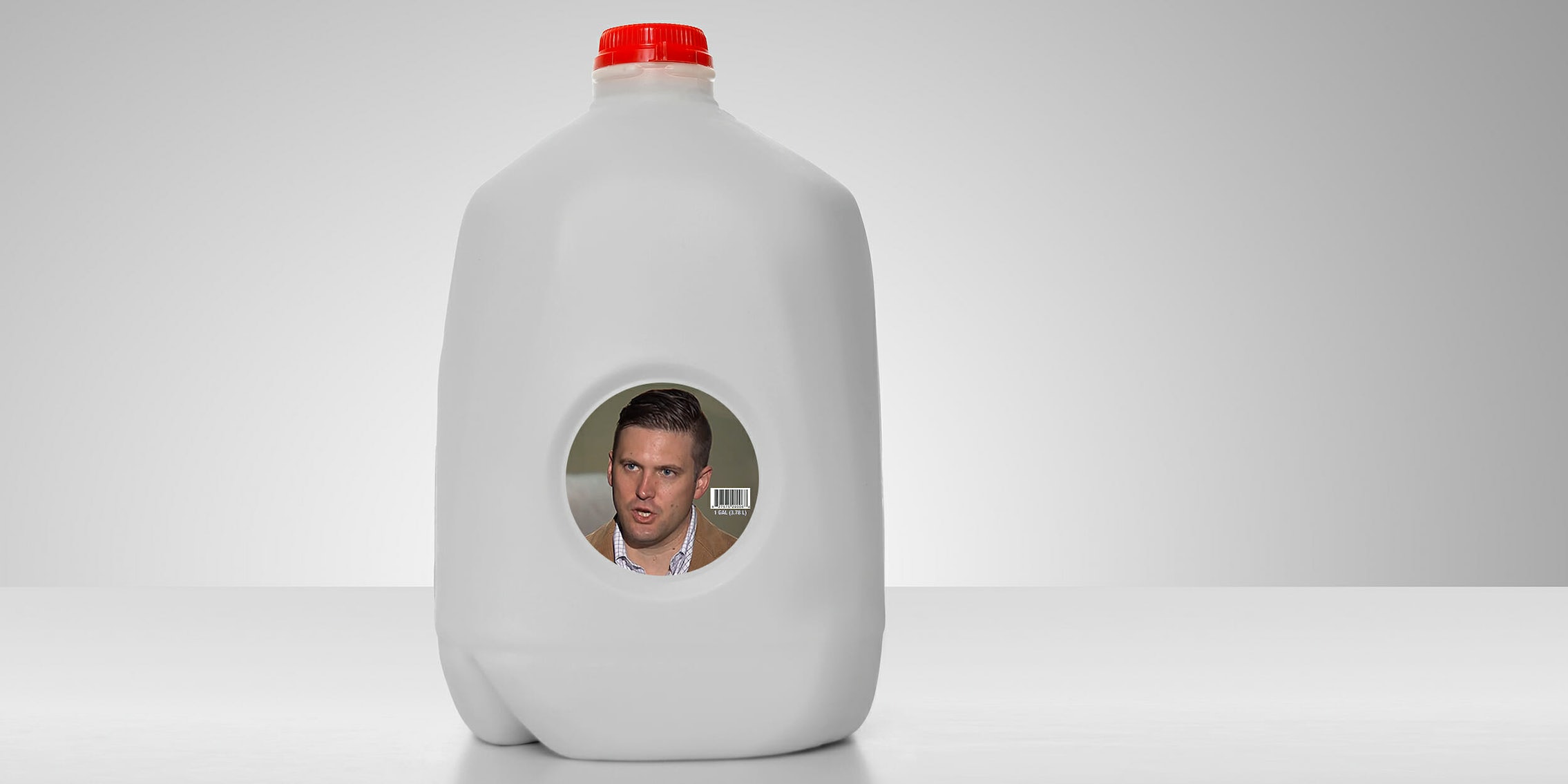 The sheer number of boycotts and protests are alarming.

The United States is fragmented, at odds, and more divided than its been in decades—that’s no secret. But some people have taken this division a step further and turned it into action or, in some cases, intentional inaction.

President Donald Trump‘s policies, actions, and statements are gospel for some folks and word vomit for others. For those that support the president, any kind of criticism of him or his policies can be grounds for a boycott or even some weird milk-chugging neo-Nazi display. (Yeah, it’s weird. More on that later).

Here’s a partial list of things that the far-right has pledged to boycott, or deprived themselves of in the name of Trump.

Laura Loomer, a so-called “investigative journalist” and far-right internet troll, was banned from Uber and Lyft las week following a series of tweets she made after the deadly terrorist attack in Manhattan.

Loomer wrote someone needed to create a “non Islamic” form of the ride-hailing apps because she didn’t “want to support another Islamic immigrant driver.” Loomer made the comments after it was discovered that the suspect in the attack, Sayfullo Saipov, worked as an Uber driver.

The tweet was one of several that attracted a deluge of condemnation on Twitter, but many far-right users seemed to agree with Loomer’s idea and vowed to do the same.

2) Deprive themselves of Kellogg’s cereal and other snacks

Last November, cereal giant Kellogg’s said it would pull ads from far-right website Breitbart because the readers of the notoriously inflammatory website did not align with the company’s values.

In response, #DumpKellogs made the rounds online. And thus, the readers of Breitbart said no more to Froot Loops, Pop Tarts, Pringles, Special K, Frosted Flakes, Eggo Waffles, and more.

3) So many Starbucks things

Look, who doesn’t like the occasional drink from Starbucks? Sometimes you just have to overpay for a sugary coffee drink—or even, dare we say it, a Pumpkin Spice Latte.

But the global coffee chain crossed the line several times in the eyes of right-wingers in the past year.

In January Starbucks announced it would hire 10,000 refugees in response to Trump’s travel ban, prompting supporters to threaten a boycott.

As you might expect, the boycott didn’t get the reaction the president’s supporters were looking for.

This wasn’t the first time Starbucks was in the righteous right’s cross-hairs. The scheme went like this: Tell the barista your name was “Trump.” Then, if they didn’t write the name on the cup, record the incident and put it online. The idea gained traction under the #TrumpCup hashtag.

This seemed a little odd for some people since they were… protesting the coffee chain by buying coffee from them? It had something to do with the perceived “War on Christmas.” Fortunately, according to Trump, that war is over.

4) No more awesome deals at Macys, or overpaying for things at Nordstrom

After Macys announced it would drop Trump’s clothing line from the department-store chain’s inventory in the summer of 2015 following Trump’s remarks that Mexican immigrants were rapists and murderers, Trump himself floated the idea of boycotting the store.

Meanwhile, Trump also asked supporters to boycott Nordstrom after his daughter, Ivanka Trump, was treated “so unfairly” by the store because it announced it would stop carrying her product line due to poor “performance.”

iPhones are commonplace in America these days, but when Trump asked his supporters to get rid of them last year, his base apparently obliged accordingly.

Trump, while running for president, called for a boycott of Apple products when the company refused to help the Federal Bureau of Investigation (FBI) unlock a terrorism suspect’s iPhone following the 2015 shooting in San Bernardino.

@realDonaldTrump I would switch also. Apple: Terrorists or FBI choose a side

The Apple boycott didn’t last long in Trump’s White House, however; some staffers—including someone who posts many of Trump’s tweets—use iPhones.

Not even something as beloved as Star Wars was immune from the wrath of the boycotting right.

A #BoycottStarWars movement sparked up in late 2016 when some people seemed to think Rogue One, a standalone story produced by Disney that takes place in a fictional universe that includes space wizards who use laser swords, had an anti-Trump bias and was apparently being used to “gin up racial hatred.“

The boycott didn’t work. Rogue One made more than $500 million domestically and more than $1 billion worldwide at the box office.

7) Eating gross pizza because of the NFL

As Trump continues to slam the NFL for players protesting during the national anthem, Papa John’s CEO John Schnatter seemed to imply that the protests are hurting the company’s sales.

As if on queue, the Trump train came out in support of the pizza chain.

All of a sudden, I want a Papa John's pizza. The truth hurts NFL. Get discipline back. Make them stand or fire them. #BoycottNFL

Fair warning. This is just gross.

In response to an anti-Trump art installation by actor Shia LaBeouf, neo-Nazis and other trolls chugged milk in front of a livestreaming camera.

They came shirtless, with shaved heads, and danced to the Mortal Kombat theme. Like I said, it’s weird.

See, milk became a symbol for the so-called alt-right, a far-right group that champions nationalistic and white supremacist views.

Richard Spencer, the white supremacist who got punched in the face during Trump’s inauguration, put a glass of milk emoji in his Twitter name at one point, as did another notorious internet troll Baked Alaska.

9) No more binge-watching on Netflix

A Netflix show called  Dear White People, based off a hit indie film by the same name that satirizes post-racial America, caused tons of people who clearly supported Trump to say they would cancel their subscriptions to the popular streaming service.

The argument, apparently, was the show promoted white genocide.

Even Budweiser—aka “America”—became the subject of a boycott from the far right.

The beer company produced a Super Bowl ad called “Born The Hard Way” that some people perceived as a criticism of Trump’s travel ban policy. The ad showed the company’s immigrant founder, Adolphus Busch, come to the United States in the mid-1800s and face racism from Americans.

The ad was mocked as “liberal propaganda” and for “politicizing liberal views.”

There are countless other things that people have pledged to boycott in the name of Trump. In fact, you can see an entire list of brands, products, companies, people, and services that have offended Trump supporters so much they have refused to use them anymore.