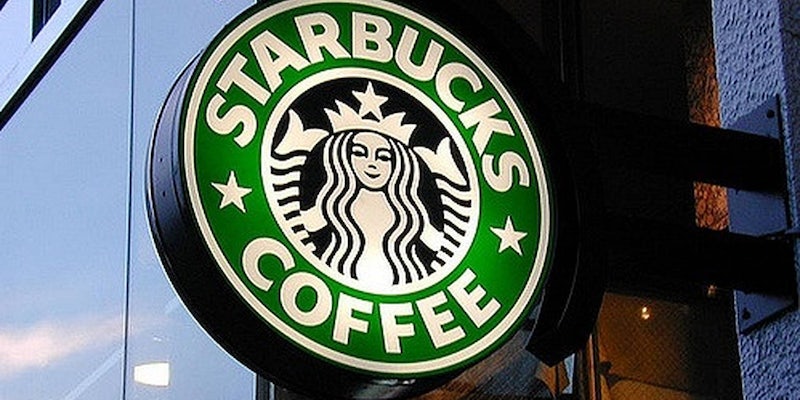 In the wake of Donald Trump’s immigration ban—and the subsequent nationwide protests that sprang up as a result—American companies are taking a stand. Lyft said it would donate $1 million to the ACLU during the next four years, Airbnb said it would provide free housing for anybody not allowed into the U.S. (though that might not be as great an offer as it seems), and Google told its employees to return to the country as soon as possible.

But Starbucks is going one step further. On Sunday, CEO Howard Schultz said the company would hire 10,000 refugees during the next five years in 75 countries with a specific focus on using “those individuals who have served with U.S. troops as interpreters and support personnel in the various countries where our military has asked for such support.”

Hameed Khalid Darweesh—who had worked for the U.S. government for a decade in Iraq, serving as an Army interpreter, an engineer, and a contractor—was one of the first to be detained on Friday night after Trump’s executive order was signed.

“We have a long history of hiring young people looking for opportunities and a pathway to a new life around the world,” Schultz wrote in a letter to Starbucks’ workers. “This is why we are doubling down on this commitment by working with our equity market employees as well as joint venture and licensed market partners in a concerted effort to welcome and seek opportunities for those fleeing war, violence, persecution and discrimination. There are more than 65 million citizens of the world recognized as refugees by the United Nations, and we are developing plans to hire 10,000 of them over five years in the 75 countries around the world where Starbucks does business.”

In another passage of his letter titled “Building Bridges, Not Walls, With Mexico,” Schultz wrote that the company employs more than 7,000 workers in almost 600 stores in 60 cities across Mexico. He wrote that “we stand ready to help and support our Mexican customers, partners and their families as they navigate what impact proposed trade sanctions, immigration restrictions and taxes might have on their business and their trust of Americans. But we will continue to invest in this critically important market all the same.”

Schultz also gave his take on the possible repeal of Obamacare, telling his employees that if the Affordable Care Act is taken away, those who are eligible for Starbucks benefits won’t have to wait for an open enrollment period in order to receive health insurance. Instead, he said workers will have 30 days to sign up for company benefits.

“So, while we seek to understand what the new Administration’s policies mean for us and our business both domestically and around the world, I can assure you that we will do whatever it takes to support you, our partners, to realize your own dreams and achieve your own opportunities,” Schultz wrote. “We are in business to inspire and nurture the human spirit, one person, one cup and one neighborhood at a time—whether that neighborhood is in a Red State or a Blue State; a Christian country or a Muslim country; a divided nation or a united nation. That will not change.  You have my word on that.”