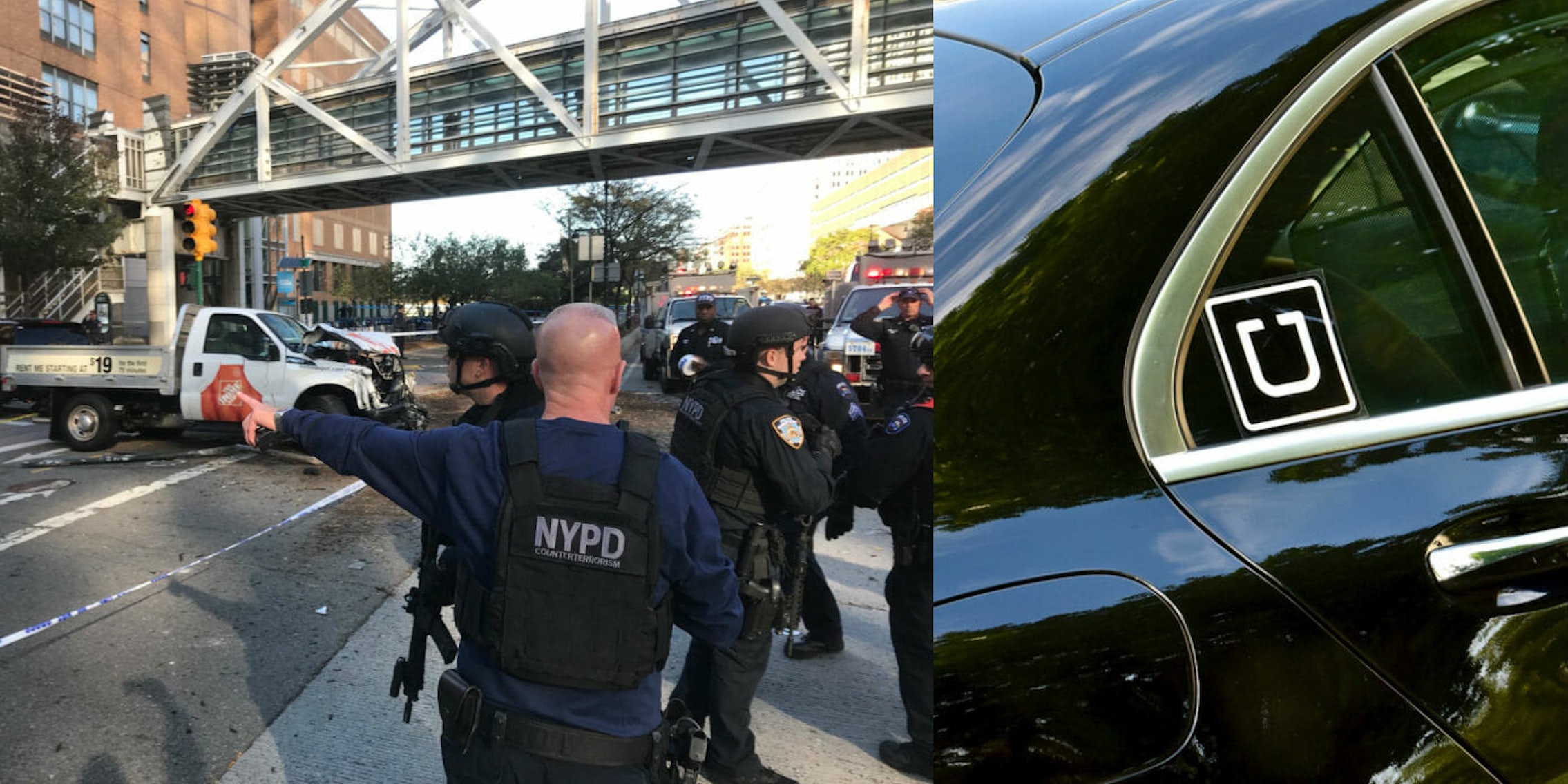 The ride-hailing company is now searching through its records for more information.

The man suspected of driving a truck down a crowded bike path in lower Manhattan on Tuesday was a driver for Uber, the ride-hailing company confirmed on Wednesday.

29-year-old Sayfullo Saipov is accused of killing at least eight people and injuring a dozen more. Police identified the Uzbek national getting out of a pickup truck that was seen rampaging down pedestrian walkways and bike lanes, striking multiple people on the way. Saipov reportedly shouted “Allahu Akbar,” or “God is great,” before police shot and apprehended him.

Uber says Saipov was a driver in New Jersey for the last six months and logged more than 1,400 trips. An Uber official told the New York Times that the suspected terrorist passed its background check.

“We are horrified by this senseless act of violence,” an Uber spokesperson said in a statement. “Our hearts are with the victims and their families. We have reached out to law enforcement to provide our full assistance.”

Uber is now “aggressively and quickly” searching through Saipov’s history at the company and working with the FBI on its investigation. Saipov has been banned from the app.