What is transphobia, and how does it affect trans people?

It's much more common than you think.

Transphobia is sinister. It’s everywhere from President Donald Trump’s Twitter feed to “feminist” websites, and more often than not, it’s trans women who feel the worst of transphobic harassment. But is there a singular transphobia definition? Transphobia is pretty common, but it can be hard to spot in the wild without a bit of awareness. Most transphobia hides behind humor or subtly disparaging remarks in order to lash out against trans people.

As trans activists continue to shine a light onto transphobia’s damaging impact on the trans community, here’s what you need to know about transphobia, from its basic components to its long-lasting effect on transgender people.

Transphobia definition: What is transphobia? 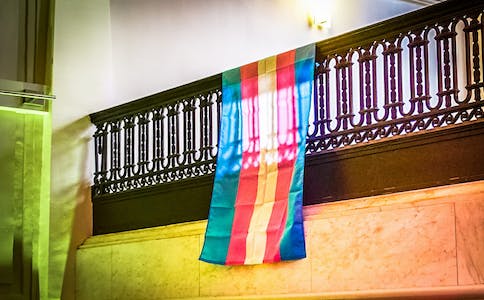 Transphobia is “the fear, hatred, disbelief, or mistrust of people who are transgender, thought to be transgender, or whose gender expression doesn’t conform to traditional gender roles,” Planned Parenthood writes. While all transphobic behavior can be considered a traumatic form of gender discrimination, transphobia isn’t always based in physical violence. Transphobic behavior can be as commonplace as derogatory slurs, anti-transgender jokes, questioning a person’s gender, or intentionally misusing a person’s pronouns.

“Examples of transphobia include: myths and stereotypes (e.g., that transwomen are men posing as women to rape other women in the restroom); negative portrayals of transgender and gender non-conforming people in the media; trivializing or ignoring a transperson’s gender identity,” Dr. Eric Grollman writes for Kinsey Confidential. “New research suggests that even elementary school-aged children hold transphobic (and homophobic) attitudes.”

How does transphobia play out in everyday life? 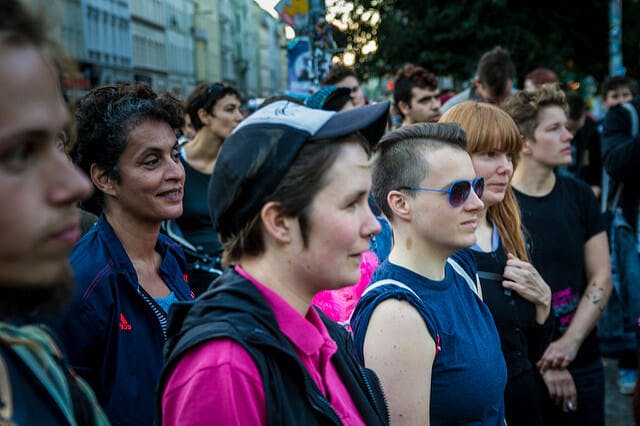 While there are more obvious transphobia examples, some transphobic remarks are subtle microaggressions. Transphobic microaggressions enforce the belief that cisgender people, or those who identify with their sex assigned at birth, are “normal” while transgender individuals are “abnormal,” “strange” or “lesser” for their bodies.

Most transphobia is reinforced through microaggressions. However, cisgender people may sexually harass a transgender person by using intimidating derogatory comments. For instance, a cis woman may purposefully target a trans woman using a gym locker room by misgendering her or making an invasive comment about her body.

Trans people have been physically forced out of bathrooms because of their gender identity. Transphobia can escalate into further violence, too, including physical and sexual assault. In fact, sexual harassment and violence tend to walk hand-in-hand through structural violence. This can lead to transgender women being denied access to homeless shelters.

Mass media traditionally reinforces transphobic beliefs at the expense of trans viewers. This is done most often by misgendering or by using shock, awe, or disgust over a trans person’s body. For example, Atlus’ upcoming video game Catherine: Full Body faced intense scrutiny over a new character’s genital reveal, which seemed to imply that a transgender woman was “tricking” a cisgender man into sleeping with her.

“The Breakfast Club” host Charlamagne Tha God also faced an immense backlash in 2017 after guest Lil Duval joked about killing a transgender woman on the show, which was met with laughter across the show’s cast. 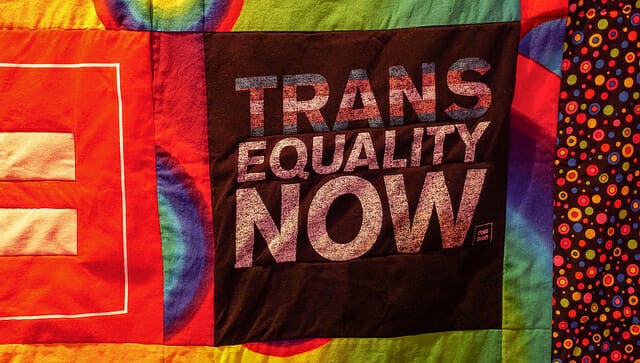 Transphobia isn’t just a day-to-day experience, it’s also something that impacts trans men, women, and nonbinary people across political life, especially in the U.S. For anti-LGBTQ Republicans and far-right conservatives, transphobia remains a major rallying cry that has led to opposition against transgender public accommodation protections and trans enlistment in the military. Unsurprisingly, some of the worst states for trans rights are also red states throughout the American south and Bible Belt, including Georgia, Alabama, Tennessee, and Nebraska, the Transgender Law Center reports.

Republicans have largely struggled to implement anti-transgender policies into action. But transphobic figureheads regularly draft think pieces that depict transgender individuals as dangerous menaces to society, often to the far-right’s gain. Writer Jesse Singal, for instance, is notorious for writing stories that cast doubt on transgender teens’ experiences with gender dysphoria, which is a term used to describe a transgender person’s incongruence with their gender assigned at birth.

Even major publications like the New York Times have given a platform to transphobic talking points. In one case, op-ed writer Judith Shulevitz pitted “gender inclusiveness” against “bodily privacy” in a 2016 column by suggesting that cisgender women who are uncomfortable with sharing a locker room with transgender women have a right to feel such a way, as Americans “live in a sex-segregated world.” Suffice to say, it’s easy to see how Shulevitz’s arguments can be used to enable transphobic discrimination on a state and national level.

How can allies fight back against transphobia? 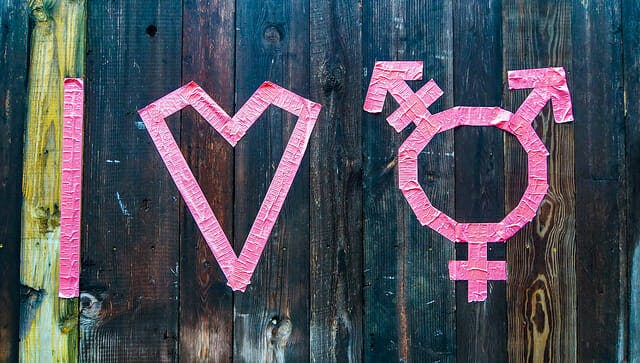 If you want to be a good ally, start by centering transgender people’s voices around your knowledge on trans issues. Books like Whipping Girl and Excluded by Julia Serano are classic works on trans feminism and provide insights into the social, medical, and institutional struggles that transgender women face on a daily basis. Likewise, trans-positive media like FX TV series Pose and the trans history podcast series One From the Vault explore transgender individuals’ lives and histories in a way that’s nuanced and respectful, giving cisgender people an opportunity to understand trans peoples’ lives in an accurate and well-rounded manner.

Above all, though, supporting the transgender people in your life speaks volumes. Whether that means donating to queer organizations, voting for trans-inclusive politicians in your local election, or simply listening to a trans friend when they need a shoulder to cry on about their day, fighting back against transphobia starts with caring about the people in your life that are most affected by transphobic discrimination.

Be ready to listen, but also be ready to have an open mind and an open heart. It’s the best thing you can do to help trans people fight back against transphobia.