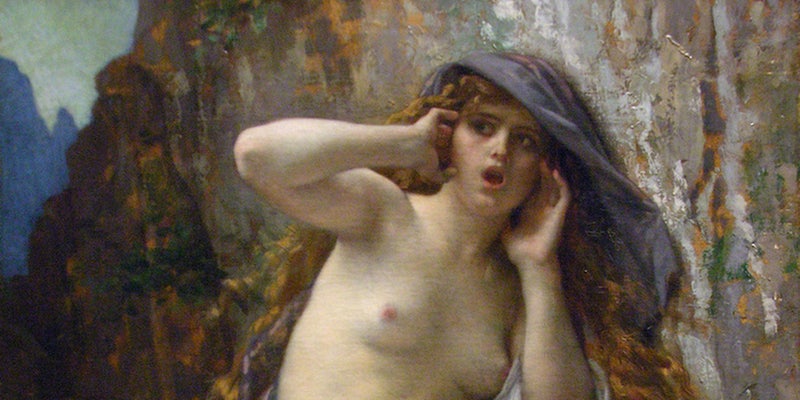 What’s behind the backlash against ‘over-sensitivity’ on the Internet?

A group of Columbia University students have ignited the latest battle in the online war over trigger warnings by asking professors to include them before teaching classics that feature detailed rape scenes, such as certain Greek myths. Predictably, their own classmates have responded with insults and thinly veiled rape threats in the comments sections of the Washington Post story.

Lest it seem that these students are asking for some extreme and unreasonable accommodation, consider this: Have you ever had a friend invite you to see a movie and asked them to warn you if the movie has graphic violence in it? If so, congratulations, you’ve asked for a trigger warning. It’s unlikely, as Michael E. Miller writes in Post, that trigger warnings are a “treatment [Greek myth] never had before.” Surely someone has at some point handed their friend a book of Greek mythology, “Watch out though, there’s kinda a lot of rape in there.”

The outrage over trigger warnings (in college syllabi and elsewhere) is just one example of the online backlash against supposed “over-sensitivity.”

Microaggressions, which have long been discussed in academic circles but recently made more well-known by college students’ awareness campaigns, are another frequent target. National Review referred to the effort to reduce microaggressions as “thought police.” Reason advised voters to be “less sensitive” to microaggressions. The Atlantic offered some helpful advice: “Instead, let’s focus on acts of aggression that are far from micro.” The message seems to be that what you don’t think about can’t hurt you.

Have you ever had a friend invite you to see a movie and asked them to warn you if the movie has graphic violence in it? If so, congratulations, you’ve asked for a trigger warning.

When I read any one of these many panicked screeds, what I see on the surface is fear that things that have always functioned a certain way (i.e., college classrooms, corporate offices, online comments sections, and casual conversations) will no longer be able to function that way. Now we have to be “sensitive.” Now we can’t make lewd comments about a female colleague’s body. Now we can’t ask an Asian classmate which “type of Asian” he is.

But it goes deeper. People are worried that they’ll have to care about all these problems they never even knew existed, that they’ll be seen as bad people if they do not care, and that they won’t know all the right words to say and will say the wrong words instead. And that’s a real fear.

But it’s a fear few want to acknowledge, because it’s so deeply uncool to admit that you care what people think of you. So instead, it becomes about how college students are So Whiny And Coddled These Days and how will we ever be able to have a conversation if we have to be So Sensitive all the time?

It’s true that as our societal standards of what it means to be a decent person shift over time, behaviors that may once have been accepted now get you marked as a bigot or an asshole. (And, of course, some behaviors that were once considered intolerably asshole-y are now par for the course. Did your grandma constantly RSVP “maybe” to her friends’ dinner parties? I bet not.)

Maybe that’s what people are so afraid of. If I could act like this yesterday and be accepted just fine, how come today I’m getting unfriended on Facebook over it?

But this is nothing new. No matter who you are and what your political affiliation, there are probably things you think are unacceptable that others insisted were totally OK and why are we making such a big deal over nothing.

The only difference is that Internet has accelerated this process of evolving social norms and made it more visible as it happens. It has also amplified voices that used to be even more marginalized than they are now (e.g., women of color on Twitter) and reduced the shame and stigma of things that used to be too shameful and stigmatizing to speak out loud.

Now we have to be “sensitive.” Now we can’t make lewd comments about a female colleague’s body. Now we can’t ask an Asian classmate which “type of Asian” he is.

Sexual assault is one example. Although that particular shame and stigma is still very, very real, increasing numbers of survivors feel empowered to speak up online, often with their real names attached. They may still face harassment and social disapproval for doing so, but the Internet allows them to control their own narratives in ways that would’ve been impossible before, except maybe at a Take Back the Night rally.

As a society, we’re still not used to hearing from sexual assault survivors. The people who equate trigger warnings with “oversensitivity” have never before had to consider that a carelessly planned lecture could send a student spiraling into flashbacks and panic attacks for no good reason, never had to wonder how many of the students sitting in your average college classroom have been sexually assaulted. Now, thanks to the Internet, they have to actually think about it.

Likewise, most white people have never had to think about how careless racially charged comments may impact people of color, making them feel unwelcome or even unsafe, forcing them to question their right to be in a classroom or office or research lab. Again, thanks to widespread exposure to the Ferguson and Baltimore protests on social media, we have to actually think about it.

But trigger-induced panic attacks and microaggressions are nothing new. They have always happened—and probably will always happen—but that doesn’t mean that we shouldn’t avoid them when we can.

People who rage against “oversensitivity” always leap to the very bottom of an imaginary slippery slope, where college professors have to include trigger warnings for everything from apples to zebras and nobody is permitted to speak to anybody ever lest they commit a microaggression against them and people who want to have sex with each other must submit signed and notarized consent forms, but don’t worry—that’s not where we’re headed.

It makes for a shareable opinion piece, but it’s a distraction from the larger point: The Internet is helping us see that our words and actions impact others, sometimes negatively, sometimes preventably. It’s helping remind us that other people are real people, with real feelings and real stories to tell. That’s a good thing.

It makes for a shareable opinion piece, but it’s a distraction from the larger point.

Unfortunately, none of this means that the Internet is somehow inherently empowering for women, people of color, and other historically marginalized groups, or even that the Internet will be what eventually brings about the dismantling of systems like sexism and racism. The sometimes constant abuse and threats that certain people, especially women of color and transgender women, experience online demonstrate the fact that the Internet isn’t the panacea it’s sometimes heralded as.

Even within marginalized groups, the voices that the Internet amplifies tend to be the most normative or those with the greatest amount of privilege and access to resources. It’s no surprise that we hear so often from Ivy League college students. Even though there are plenty of other college students who are dealing with very real issues and they deserve to be heard, we seem to be more willing to listen when it’s coming from those with the platform and power to spread the message.

Accessing the Internet and being able to gain a significant audience on it is its own privilege, but it’s one that is available to many more people than older publishing platforms ever were. That’s all it is. It’s not an epidemic of over-sensitivity and political correctness. It’s just more people having a voice and that voice finally being loud enough for the rest of us to hear.