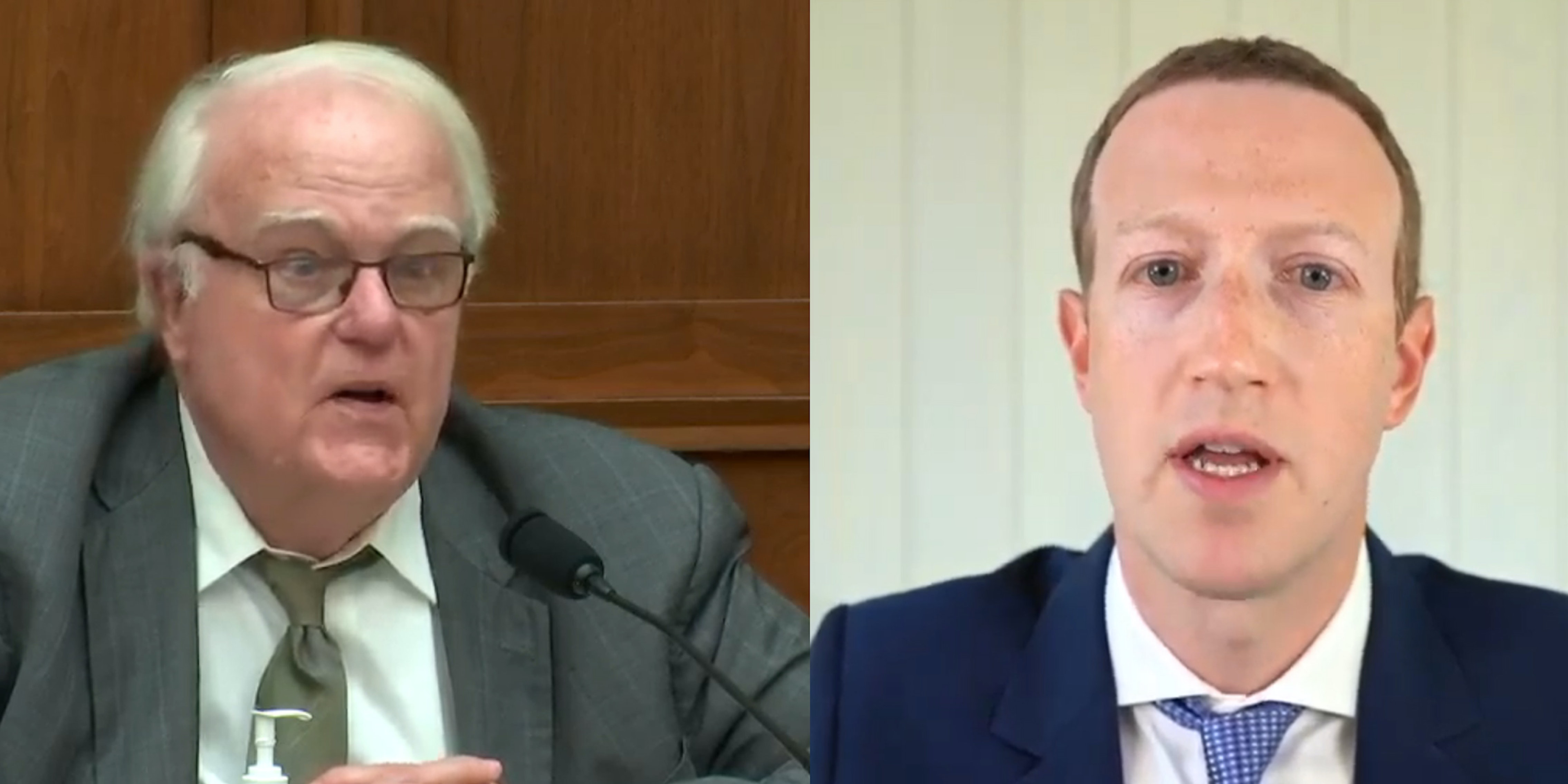 Congressman demands Zuckerberg explain why Donald Trump Jr. was locked out of Twitter

Rep. Jim Sensenbrenner (R-Wisc.) asked Mark Zuckerberg on Wednesday why Donald Trump Jr. was locked out of his Twitter account for sharing a video about hydroxychloroquine.

The odd exchange happened during a a House Subcommittee on Antitrust hearing with the heads of Facebook, Google, Amazon, and Apple testifying.

Earlier this week, Trump Jr. was locked out of his Twitter account for 12 hours for sharing a video where doctors touted hydroxychloroquine. Studies have shown that there isn’t a benefit to using the drug to combat coronavirus.

Sensenbrenner asked Zuckerberg about Trump Jr.’s temporary lockout, arguing that the effectiveness of hydroxychloroquine to combat the coronavirus was a “legitimate matter of discussion.”

“It was reported that Donald Trump Jr. got taken down for a period of time because he put something up on the efficacy of hydroxychloroquine. Now I wouldn’t take it myself, but there still is a debate on whether it is effective either in treating or preventing COVID-19,” Sensenbrenner said, later adding: “Why did that happen?”

After a pause, Zuckerberg responded.

“Congressman, well first to be clear, what I think you might be referring to happened on Twitter. So it’s hard for me to speak to that.”

For many people online, the exchange brought back memories of Zuckerberg’s testimony before Congress in 2018, when he was asked about Facemash and how Facebook was able to make money if it was a free service.

Those questions, people brought up at the time, highlighted how Congress was out of touch with the issues they were ostensibly there to try and tackle.

Clearly a hearing that is supposed to be about the “dominance” and monopoly power of large tech companies is going great.