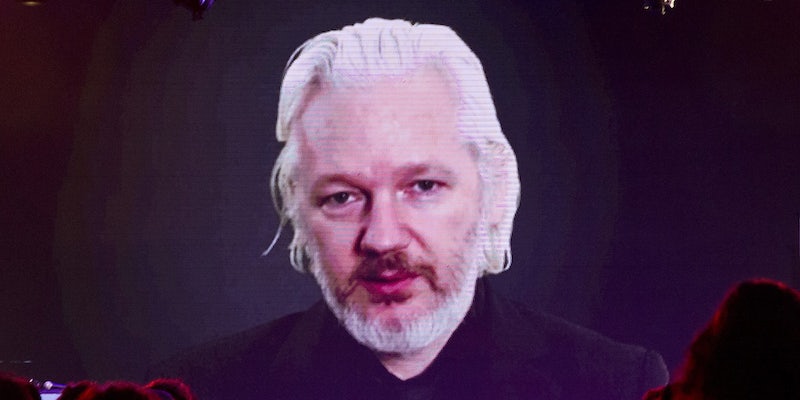 Will the latest release contain a Clinton bombshell?

WikiLeaks continued to lift the curtain on the inner workings of Hillary Clinton‘s presidential campaign on Friday with the seventh batch of emails allegedly stolen from her campaign chairman, John Podesta.

Friday’s release brings the total number of emails release to 10,169 out of the roughly 50,000 WikiLeaks has vowed to publish.

While the Clinton campaign has neither confirmed nor denied the authenticity of the emails, Podesta claimed the hack was the work of Russian operatives, whom the U.S. government blamed for targeting a variety of Democratic Party entities, including the Democratic National Committee. WikiLeaks has pushed back against allegations that Russian intelligence is the source of the leaks.

The trove of emails has revealed countless bits of news and points of contention for supporters of both Donald Trump and Clinton primary challenger Sen. Bernie Sanders (I-Vt.), but so far none have percolated through the noise generated by the Republican nominee’s alleged history of sexual assault—at least not in mainstream media. Regardless, the release provides an unprecedented look at the private operations of the Clinton campaign, which in any other election year would dominate the headlines.

Hacked emails are not the only cybersecurity pitfall Podesta has suffered. On Thursday, users of 4chan‘s /pol/ community claimed responsibility for hacking Podesta’s Twitter account and possibly remotely wiping his iPhone.