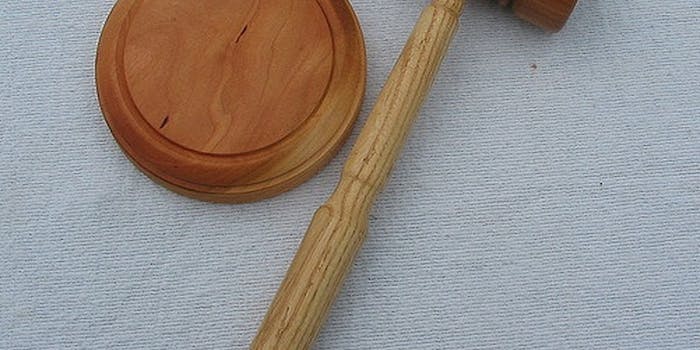 Why prosecutors may need a warrant to subpoena tweets

The case against an Occupy Wall Street protester has grown increasingly murky.

After a judge ruled that prosecutors didn’t need a warrant to subpoena the tweets of Malcolm Harris, Twitter refused to comply with the court order. The judge’s decision may also be violating the Bill of Rights.

As the Electronic Frontier Foundation’s Hanni Fakhoury has argued, the prosecutors are trying to tap into the location data buried in tweets to find out the exact movements of OWS protesters.

At the heart of the case is Harris’s anticipated defense. He is expected to claim that police either led or escorted him onto the roadway of the Brooklyn Bridge. The prosecutors say that his tweets run contrary to that claim.

Twitter users are given the option of sharing their location with followers when posting a tweet. However, Twitter also records the IP address of users when they log-in to post tweets. That information can be used to track a person’s location. Fakhoury believes the prosecutors need a search warrant to determine location information:

“Earlier this year, the Supreme Court issued its groundbreaking opinion in United States v. Jones that found attaching a GPS device to a car to track a person’s movements for 28 days was a ‘search’ under the Fourth Amendment, and thus could only be done with a search warrant. …

“In her concurring opinion, Justice Sotomayor questioned ‘whether people reasonably expect that their movements will be recorded and aggregated in a manner that enables the Government to ascertain, more or less at will, their political and religious beliefs, sexual habits, and so on.’”

The subpoena in Harris’s case demanded Twitter provide information for over three months of activity on Harris’s alleged account, from mid-September until Dec. 31—far more than 28 days.

Meanwhile, Fakhoury notes that a warrant is needed for content less than 180 days old under the Stored Communications Act, whether or not Harris’s tweets were posted publicly.

CNET cites prosecutors as saying that they are attempting to have Twitter’s motion to quash the subpoena denied, arguing that they’re only seeking to use information that’s already in the public sphere.

Though it remains to be seen whether Fakhoury’s argument will hold weight in court, there’s also precedent for the United States government to collect IP address records without the need for a warrant.

In November, a U.S. District Court judge ruled that three WikiLeaks associates had no reasonable expectation of privacy when using Twitter, even if information they supplied to Twitter was only known by the company and not made publicly available.

As in the Harris case, Twitter tried to block information such as IP addresses, contact details, and banking and credit card records from being obtained by the federal government. However, the company was ordered to turn over the information.

Since there’s precedent on both sides of the argument, there’s a difficult decision awaiting the judge in the Harris case—one that could have a significant impact on the future of electronic privacy.