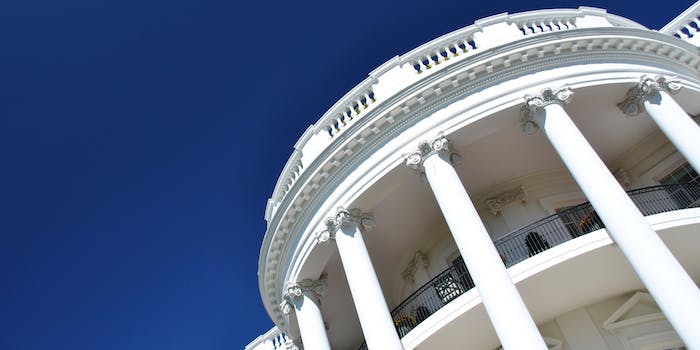 The Obama administration has declined to back robust, uncompromised encryption, ducking the question entirely on Tuesday in its response to a popular petition against weakening security.

With the White House’s backing, law enforcement and intelligence officials have been pressuring tech companies to add so-called “backdoors” to their encryption to help police and spies fight crime and terrorism. Independent experts condemn backdoors as a security and privacy risk, and civil liberties groups have mounted a fierce campaign to prevent their adoption. That includes a petition on the White House’s We The People website, which in October passed 100,000 signatures required to warrant an official response.

“Weakening encryption weakens the entire Internet,” the anti-backdoors petition reads. “Please endorse strong encryption, and encourage other world leaders to do the same.”

Instead of endorsing or rejecting strong encryption, the officials asked for more feedback. “This is a critical conversation, and we want to hear from as many voices as we can,” they wrote. They also promised to meet with the petition’s creators this week “to hear directly from them about their priorities and concerns,” although the Electronic Frontier Foundation, which posted the petition, said on its blog that it had not been invited to those talks.

To privacy advocates and engineers, the request for more feedback might sound like another stalling tactic. The administration has avoided staking out an official position on backdoors by claiming that it needs more information. But the encryption debate has raged for decades, and the fundamental unworkability of backdoors, according to security experts, has not changed since early failed attempts like the “Clipper chip.”

Recent terrorist attacks have prompted more politicians and lawmakers to sound the alarm about encryption, following in the footsteps of FBI Director James Comey, who in October 2014 referred to the phenomenon of criminals hiding behind encryption as “going dark.” Congress is planning encryption hearings and could create a special commission to study the role of technology in thwarting terrorism investigations.

“From the way that folks like FBI Director James Comey have been talking, they seem to believe that ‘really strong encryption’ could somehow include weaknesses, mechanisms such as split keys or other forms of key escrow, intentionally inserted to allow law enforcement access,” the EFF said in its blog post. “We need to stand firm with every single cryptographer who’s ever addressed the issue: strong crypto is critical to our safety, and to the security of our communications and stored data. And what the math tells us is that means no compromises.”