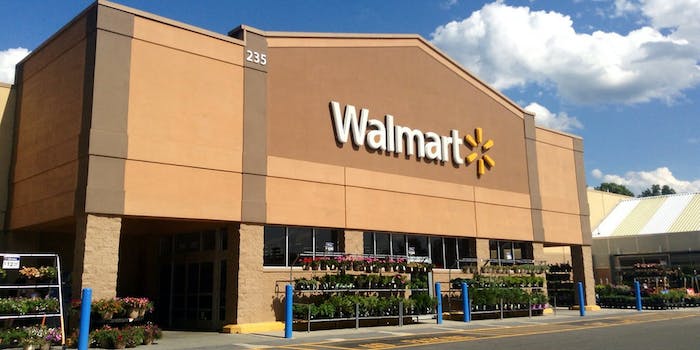 Walmart is now competing directly with Apple, Samsung, and Google

Pay with an app at Walmart stores.

Walmart will now let you pay for things with your phone at check-out with an all-new Walmart-exclusive payment option. The company is now rolling out Walmart Pay, a payment option within Walmart’s iOS and Android apps that’s meant to speed up the checkout process.

By launching its own mobile payments app, Walmart becomes the first U.S. retail company to provide a payments feature unique to its stores, Reuters reported.

Not only is Walmart attempting to compete with Apple and Google, but it’s also taking a swipe at the Merchant Customer Exchange (MCX), a group of retailers, of which Walmart was a founding member, trying to get mobile payments to catch on. The mobile app, CurrentC, has yet to receive anything but ridicule from experts and users alike.

Walmart Pay works a bit differently than the touch-and-go standard set by Android Pay, Apple Pay, and their contemporaries. At checkout, customers need to open the app, activate the camera, and scan a barcode that appears at the register. Payments are handled automatically at the point of sale.

Walmart said “select stores,” are getting the new feature this month and Walmart Pay will be available at all stores by the first half of next year.