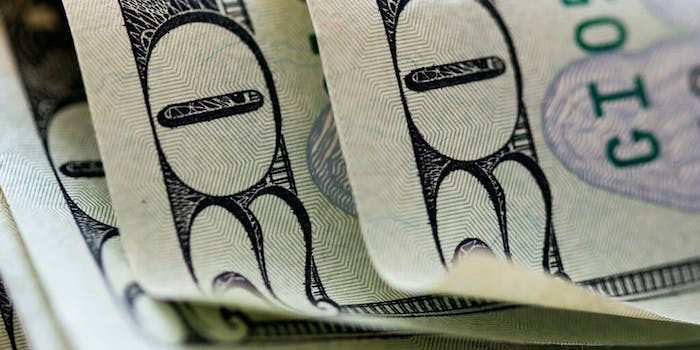 Photo via Unhindered by Talent/Flickr (CC-BY-SA)

For years, one of the beauties of Uber was the fact that it didn’t include tipping. The tip was worked into driver hourly rates (or so we thought), and it made the payment experience smoother and swifter. If you really wanted, you could tip your driver with cash, in-person. However, beginning this summer, Uber changed its policy and began allowing in-app tipping—an option heavily requested by drivers, but also generous Uber frequenters, too. Now, drivers have realized there’s a significant issue with the app’s tipping feature: There’s an unpublicized tip limit.

According to a company spokesperson, Uber’s tipping limit is “200 percent of the total, up to $100,” CNET reports. So on a $7 ride, the maximum a rider can tip is $14. Any more than that, and riders have to tip in cash. Lyft, which has offered a tipping in-app for the past five years, has a similar tip limit policy in place. In its app, you can either tip up to $50 or 200 percent of the ride’s total cost, whichever number is lower. So while Lyft has offered tipping for longer, you can actually tip a greater amount with Uber than with Lyft. (Still, some drivers report that they make more money through tips on Lyft due to differences in its app interface.)

For both ride-share services, the reason for the tipping limit is to prevent accidental over-tipping, or so-called “fat fingers.” If you accidentally tipped $100 instead of $10, many would be upset with the app. These limits help compensate for that potential issue.

Still, drivers weren’t made aware that there were tip limits. With that in mind, many have been sidelined when a particularly generous rider hasn’t been able to tip as much as they’d planned. If you think you may want to tip your next Uber or Lyft driver more than 200 percent of your ride total, you’ll definitely want to make sure you have extra cash on hand.