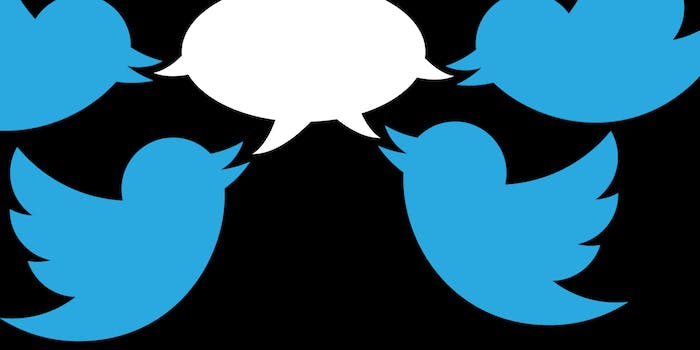 There’s a rumor going around, based on an interview Twitter CEO Dick Costolo gave this week to Bloomberg, that the microblogging company is prepping a ‘Whisper’ mode.

In Costolo’s own words: “There are frequently public conversations that you would like to grab hold of and take into whisper mode with a friend and say, hey, this thing has happened. Look what these people are talking about. What do you think about this, with a friend or more than one friend. So being able to move fluidly between that public conversation and the private conversation is something we’ll make simpler.”

When the CEO of a major social network talks about a currently nonexistent ‘Whisper mode,’ of course that will prompt rumors. But here’s the thing: Costolo wasn’t talking about a new feature. Costolo was talking about Direct Messages, or DMs, the private chat feature that has been a part of Twitter’s service for years. ‘Whisper mode’ already exists.

Apps for anonymous message postings, like Secret, YikYak, and Whisper (thus the ‘Whisper mode’ rumors) are currently hyped up and in demand, but it’s unlikely Costolo’s reference to ‘whisper’ had anything to do with pursuing anonymity. Facebook, long a proponent of real names, even acquiesced to the appeal of anonymity by creating anonymous log-in option for accessing third party apps, and the social network has been rumored to be considering an even bigger investment into the anonymous messaging scene.

But there is no credence to the idea that Twitter is flirting with anonymity, especially since the app already allows for pseudonymity.

What is likely: Twitter may be prepping for group DMs. Competitors, from Instagram to Facebook to Snapchat, all allow for private group messages. And right now, the best Twitter users can do is subtweet and hope they’re not caught, or fragment their conversations into individual DMs. Group DM makes a ton of sense for Twitter, and it’s an overdue chat feature. And It will likely have a larger impact than the introduction of photos into Twitter’s DM service, which arrived without much excitement from users.

Calling the introduction of a group DM feature ‘Whisper mode’ makes it sound more exciting than it actually is, but it’s unlikely Costolo was referencing anything else.