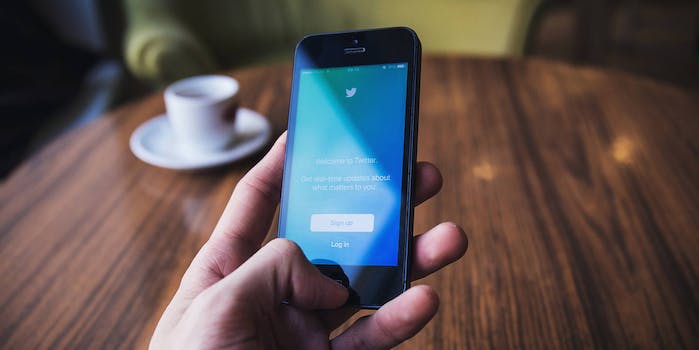 It's freeing up a bit of space.

You may soon have more space to tweet. Twitter will stop counting links and photos in the 140-character limit, Bloomberg reports, citing anonymous sources.

Links currently take up 23 characters, and according to Bloomberg, the change could happen in the next couple weeks. Twitter declined to comment on the report.

Removing the necessity of truncating tweets in order to share links or photos, is a way for Twitter to keep its brevity while relaxing restrictions on sharing content.

In January, the rumor that Twitter would increase the tweet limit to 10,000 characters prompted widespread fear that Twitter would give up the fundamental feature that makes it so popular—the short and sweet character limit. CEO Jack Dorsey quickly shot down that idea, though he did say future changes would be coming based on how people use the service.

Dorsey further squashed any potential of changing the 140-character limit in an interview on the Today show, saying the short text limit is here to stay. A change to how links and photos are treated is well short of a 10,000 character limit; you’ll still have to be somewhat clever in your brevity when sharing links or photos, like you would simple text.