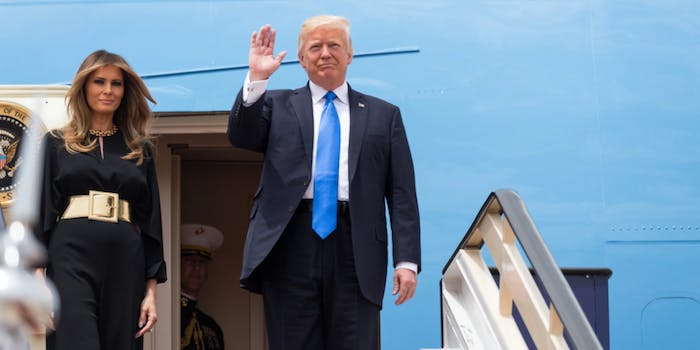 The president tweeted on Monday afternoon that the NFL teams are trying to be “politically correct.” Trump also took it as an opportunity to take another jab at Sen. Elizabeth Warren (D.-Mass.) for previously identifying as Native American.

“They name teams out of STRENGTH, not weakness, but now the Washington Redskins & Cleveland Indians, two fabled sports franchises, look like they are going to be changing their names in order to be politically correct,” he tweeted. “Indians, like Elizabeth Warren, must be very angry right now!”

Twitter users quickly brought out the receipts to show that Trump is doing the same thing he criticized former President Barack Obama for in 2013––focusing on name changes of an NFL team instead of “far bigger problems.”

“President should not be telling the Washington Redskins to change their name-our country has far bigger problems,” Trump tweeted several years ago. “FOCUS on them, not nonsense.”

The teams are thinking about new names as more and more companies make changes to their historically racist symbols and imagery amid a nationwide movement against systemic racism and police brutality.

People have long criticized the racist stereotypes of Native Americans. The teams announced over the last couple days that they were taking serious steps to reconsider the names.

This was the latest installment of “there’s a tweet for everything.” Twitter users often search through the president’s old tweets to look for past statements that contradict his newer tweets.