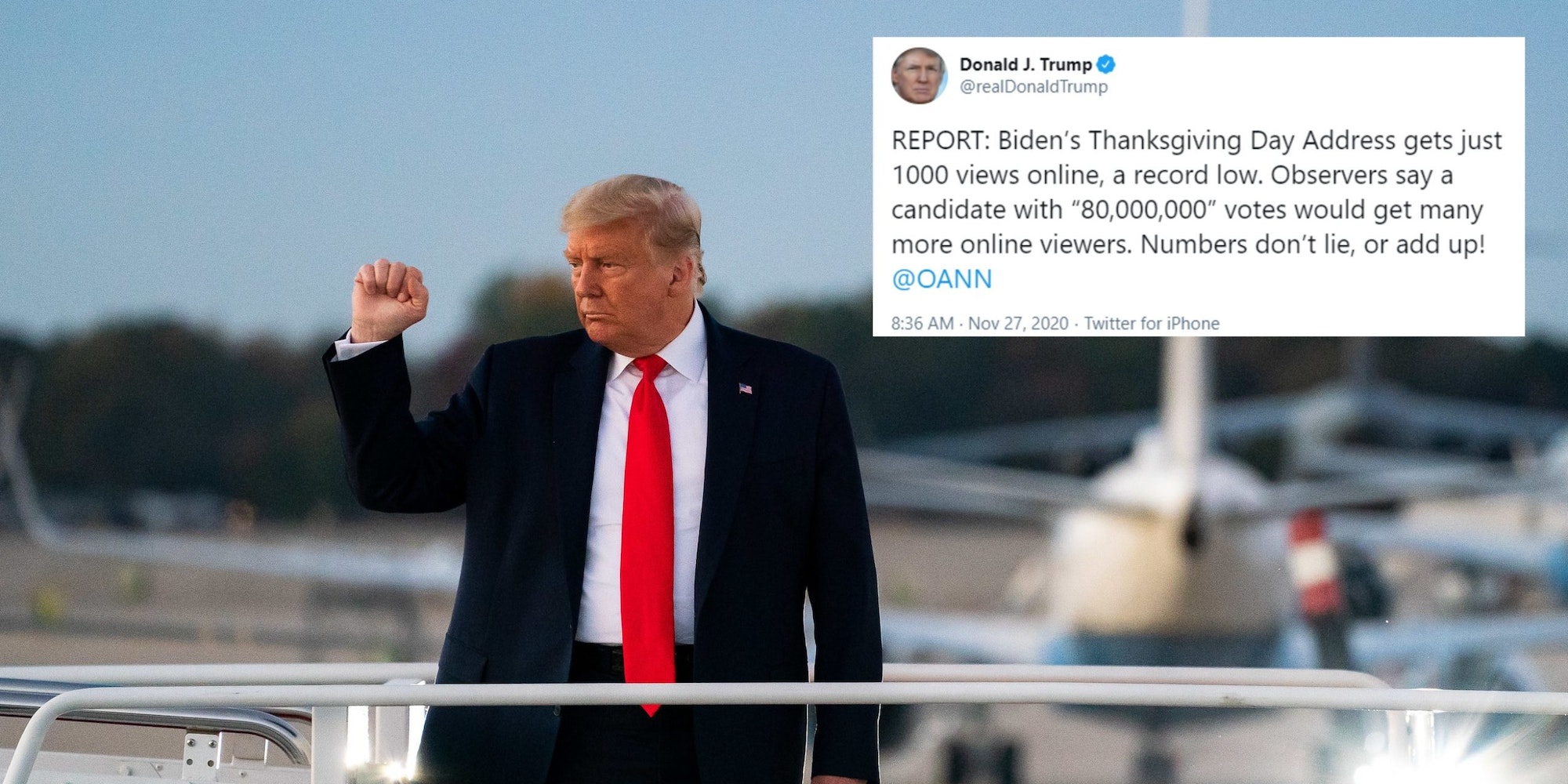 Trump believes it because OANN told him so.

For many Americans, the days around Thanksgiving are a time to feast and reflect on life’s blessings. Instead, President Donald Trump spent part of Friday rage-tweeting falsities about how many people watched President-elect Joe Biden‘s Thanksgiving speech.