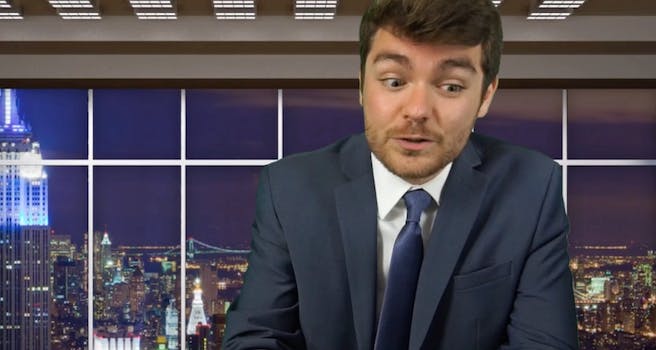 He walked it back immediately.

“Why, because we had no leverage, what are we going to do? What can you and I do to a state legislator, besides kill them?” Fuentes told his DLive audience on Monday night.

Fuentes has long said the way to overturn the 2020 election results and have President Donald Trump stay in the White House for another term is to pressure state legislators to reverse their certification.

Fuentes then moved to partially backtrack on his remarks about killing legislators.

“Although we should not do that. I am not advising that, but I mean, what else can you do, right?” he added.

Extremism researcher and Elon University professor Megan Squire first flagged the clip and noted that Fuentes earned “$,2800 for his effort” on Monday night’s stream on DLive in the form of “superchats.”

Fuentes and DLive didn’t immediately return a request for comment from the Daily Dot on the matter.

Notably under DLive’s “Community Guidelines,” the platform has a clear rule against content which “threatens, harasses, falsely advertises, or encourages others to do any of the prior.”

The far-right podcaster has been turning up at pro-Trump marches across the country in the past two months urging Republicans to not vote for conservatives who aren’t far-right enough.

During the middle of December in Washington, D.C., Fuentes led a “Destroy the GOP” chant. He is also a vocal supporter of not voting in the Georgia Senate runoff races.