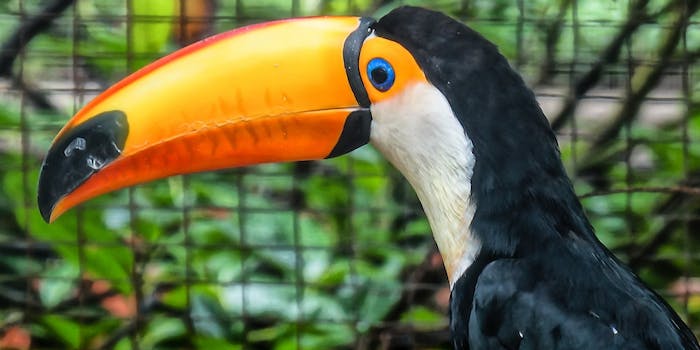 Grecia the toucan will soon abandon his underbite.

After a band of degenerates chopped off the top beak of an innocent toucan, Costa Rica’s Animal Rescue Zoo Ave launched an Indiegogo campaign to save its life and give it an extreme makeover. Now, after raising over $10,000 for the unlucky bird, the magic of 3D printing is poised to improve his quality of life dramatically. 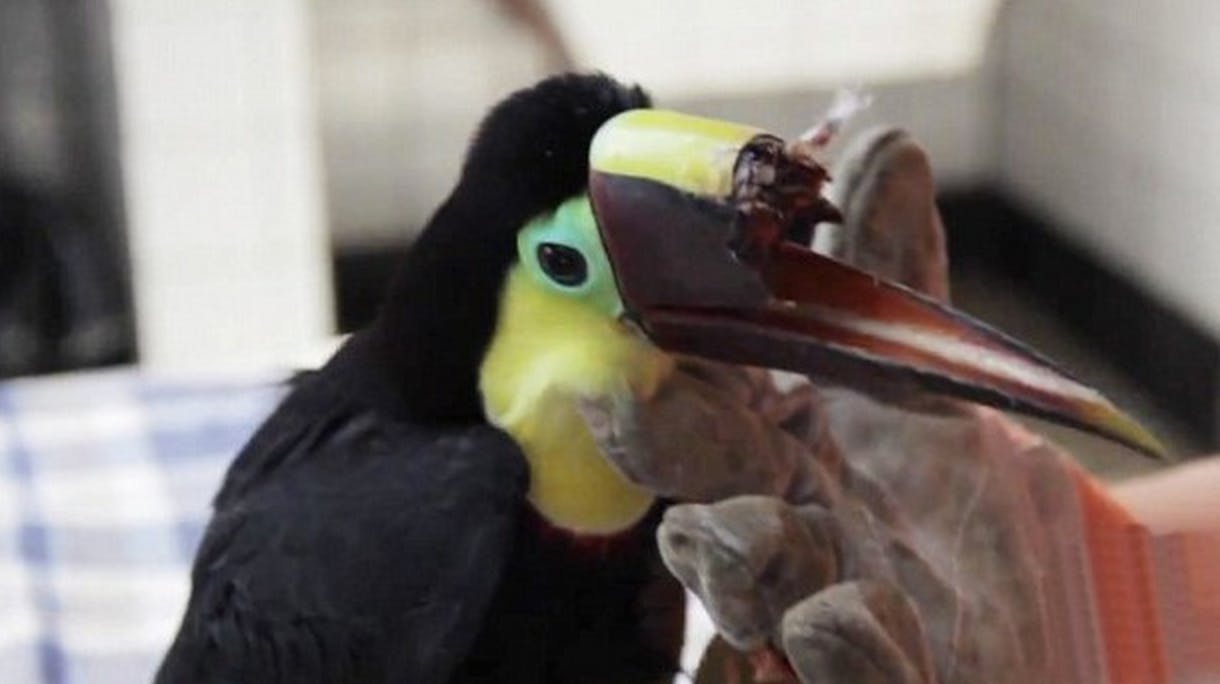 Just one year old, the toucan, named Grecia, would likely have died if it had not been rescued and slowly brought back to health by the veterinarians at the zoo. Grecia has invented a new way to feed himself, spooning fruit into his maw with his still intact lower beak, but in order to truly restore him, his caretakers decided to simply manufacture him a whole new face. 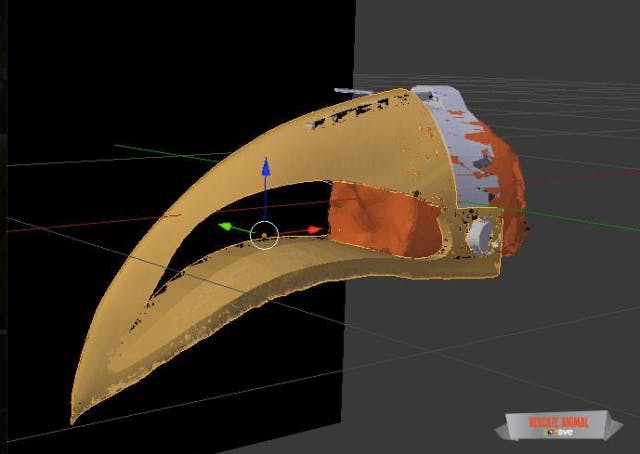 Using 3D modeling software, Denver-based OrthoPets has crafted virtual prototypes of Grecia’s new top beak, complete with a base unit that will be attached with painless adhesive. The beak will be printed out of lightweight plastic in order to save weight, and new, larger mandibles can be swapped out as the bird grows.

Grecia’s prosthetic is scheduled to be applied in June, but one important matter still remains undecided: the color. 3D printing allows for a whole range of options, though Grecia would likely appreciate getting a beak the same shade as the one he lost.