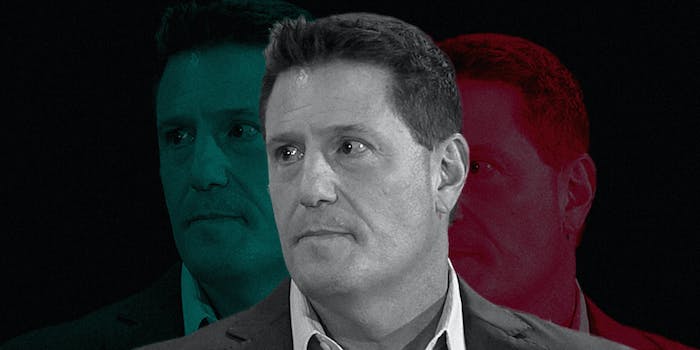 Kevin Mayer noted 'the political environment has sharply changed' since he joined TikTok in May.

TikTok CEO Kevin Mayer is leaving the company amid President Donald Trump’s looming executive order that would effectively ban the popular app in the country.

In a letter to employees provided to the Daily Dot, Mayer noted that “the political environment has sharply changed” in recent weeks. Mayer left Disney to become the CEO of TikTok in May.

Trump signed an executive order earlier this month that would ban the app in the United States. But it also paved the way for an American company to buy the U.S. operations of the app.

TikTok has faced scrutiny because it is owned by a Chinese company, ByteDance. Critics say there is a possibility the Chinese government could get its hands on U.S. user data. TikTok has defended itself, saying U.S. user data is stored within the country.

The company has sued the administration over its executive order.

In the letter to employees, Mayer noted that they expected a “resolution” to the situation—presumably a sale to the U.S. company—soon and that his role “will look very different as a result of the U.S. Administration’s action to push for a sell-off of the U.S. business.”

TikTok, in a statement, said they understood that Mayer’s role with the company would look different given the “political dynamics” recently.

“We appreciate that the political dynamics of the last few months have significantly changed what the scope of Kevin’s role would be going forward, and fully respect his decision,” the company told the Daily Dot in a statement. “We thank him for his time at the company and wish him well.”

Since Trump’s order was signed, a number of tech giants have stepped forward as possible suitors for the wildly popular app.

In a company blog post acknowledging its interest in acquiring the U.S. operations of TikTok, Microsoft said it hoped to have a deal in place by Sept. 15.