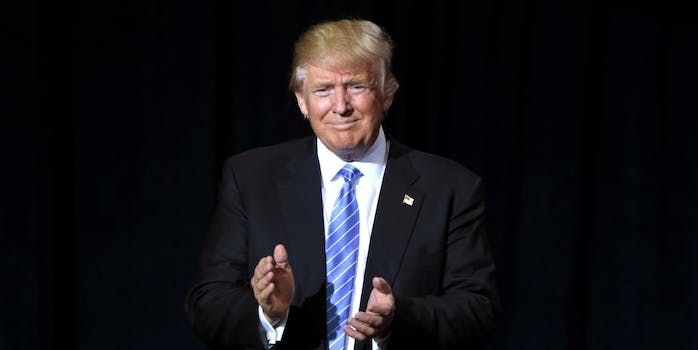 Company claims its due process rights were violated.

This morning, TikTok made goods on its threat to sue the government over President Donald Trump’s order banning it from the U.S.

The video-sharing platform argues that the order denies it due process guaranteed under the Fifth Amendment, CNBC reports. It also claims that the order is “not rooted in bona fide national security concerns.”

“The Executive Order issued by the Administration on August 6, 2020 has the potential to strip the rights of that community without any evidence to justify such an extreme action, and without any due process,” TikTok wrote in a blog post.

President Donald Trump first threatened to ban TikTok last month on the basis that the company shares data with China, claiming this presents a national security threat. On Aug. 6, Trump issued an executive order to this effect.

In its suit, TikTok argues that it has implemented extensive processes to ensure that user data isn’t shared with the Chinese government.

…[A]s the U.S. government is well aware, Plaintiffs have taken extraordinary measures to protect the privacy and security of TikTok’s U.S. user data,” TikTok states in its lawsuit.

Those efforts allegedly include storing data outside of China and using software barriers to ensure U.S. user data isn’t co-mingled with other users’ data.

TikTok has previously been accused of mishandling data.

In December, a class-action suit was filed against TikTok claiming it does provide user data to China. Last year, the company paid $5.7 million to settle allegations by the Federal Trade Commission that it violated a child privacy law.

TikTok further claims that the activities alleged in the ban do not constitute “an unusual and extraordinary threat,” as required under the International Emergency Economic Powers Act (IEEPA), the basis for Trump’s order.

TikTok endeavored to appeal to economic and social concerns.

“With the Executive Order threatening to bring a ban on our US operations—eliminating the creation of 10,000 American jobs and irreparably harming the millions of Americans who turn to this app for entertainment, connection and legitimate livelihoods that are vital especially during the pandemic—we simply have no choice,” it said of its decision to sue.

Although the lawsuit doesn’t challenge the Committee on Foreign Investment in the United States’ (CFIUS) order requiring it to divest of all U.S. assets by Nov. 12, it does claim that the process was inherently flawed. TikTok says it spent nearly a year meticulously documenting its effort to protect U.S. user data, yet CFIUS rushed out a last-minute decision that appeared not to consider this evidence.

“Finally, despite all of these efforts, without the standard communication appropriate in a CFIUS case, and with little regard to the mitigation proposals that TikTok had made, CFIUS rushed out its decision within five minutes of its deadline,” TikTok argues.

The Trump administration has thus far declined to comment on the lawsuit.

Following Trump’s ban, TikTok, a subsidiary of China-based ByteDance, began talks to sell its American, New Zealand, Canadian, and Australian operations to Microsoft or another of its investors. Those talks will reportedly continue.