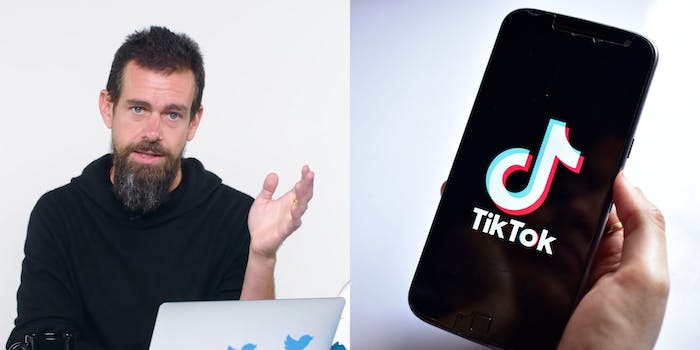 Remember when Twitter killed off Vine, an extremely similar app?

As TikTok continues to face an uncertain future because of President Donald Trump’s executive order that would effectively ban it, companies have begun to pop up looking to buy the U.S. operations of the immensely popular app.

While Microsoft has emerged as the probable front runner for a potential acquisition, Twitter recently came up as one company that is considering combining with TikTok.

The Wall Street Journal reports, citing sources, that Twitter has had “preliminary talks” about combining with TikTok.

The link between Twitter and TikTok is a bit odd, considering that Twitter killed off Vine—another short-form video app—nearly four years ago.

Perhaps Twitter is having some remorse for killing off an extremely similar app before short-form video on social media took off?

Or maybe it just wants to destroy another one of your faves.

TikTok’s future seems inevitably tied to some sort of sale to an American company. Last week, Trump agreed to let Microsoft explore an acquisition of TikTok for 45 days. That was similar to a timeline laid out by the tech giant, which said it wanted to complete discussions about a sale by Sept. 15.

Privacy and security concerns have been raised against TikTok because it is owned by a Chinese company. China has a history of forcing tech companies in the country to hand over data to them. TikTok has defended itself against such concerns, saying U.S. user data is stored within the country.

Trump’s executive order that would ban the popular app may also soon be facing a lawsuit.