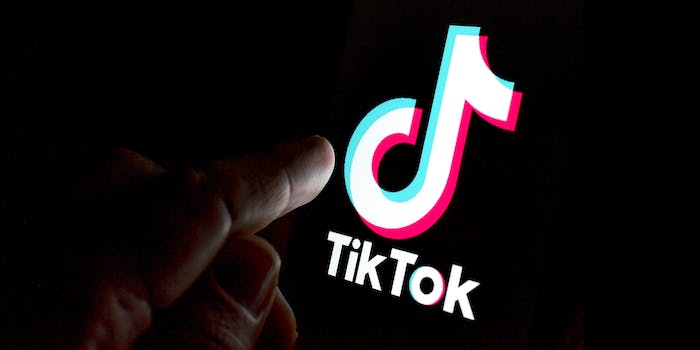 The analysis of TikTok comes as the app continues to face scrutiny, including a possible ban by the United States government. TikTok is owned by a China-based company, which has prompted security concerns for months.

ProtonMail said it looked at TikTok’s data collection policies, lawsuits, its privacy policy, and more to come to its conclusion.

“We recommend everyone approach TikTok with great caution, especially if your threat model includes the questionable use of your personal data or Chinese government surveillance,” ProtonMail wrote.

Specifically, ProtonMail pointed to TikTok’s privacy policy, which says that the app collects a swath of information about users. The data includes IP addresses, the content viewed on TikTok, location data, information about the devices being used to access the app, and mobile carriers.

That amount of information collection is “extreme,” ProtonMail says, which makes it troubling that its privacy policy states it can share information with third parties to help with targeted advertising.

Concerns have long been raised about TikTok’s relationship with China. The country has a history of having Chinese tech companies hand over data.

TikTok has defended itself, saying that U.S. user data is stored within the country. However, as ProtonMail notes, TikTok’s privacy policy states that it can share user information with “a parent, subsidiary, or other affiliate of our corporate group.”

“It is our opinion that, from a security and privacy standpoint, TikTok is an extremely dangerous social media platform,” ProtonMail concluded in its analysis. “Its potential for mass collection of data from hundreds of millions of adults, teenagers, and children poses a grave risk to privacy. We believe that TikTok should be viewed with great caution, and if this concerns you, you should strongly consider deleting TikTok and its associated data.”

TikTok did not immediately respond to a request for comment by the Daily Dot. We’ll update this story if we hear back.

While TikTok’s security issues have been raised for months—with lawmakers calling for investigations and government agencies banning the app on phones issued to employees—it has also recently crept up into presidential politics.

President Donald Trump has begun campaigning on the issue, launching a flurry of ads on Facebook that are critical of the popular app.

Meanwhile, TikTok users have trolled the president and his campaign several times.

Update 12:46pm CT: TikTok defended itself in a statement to the Daily Dot, saying there was “a lot of misinformation” about the app.

“TikTok has an American CEO, a Chief Information Security Officer with decades of U.S. military and law enforcement experience, and a U.S. team that works diligently to develop a best-in-class security infrastructure. Four of our parent company’s five board seats are controlled by some of the world’s best-respected global investors. TikTok US user data is stored in the U.S. and Singapore, with strict controls on employee access. These are the facts.”