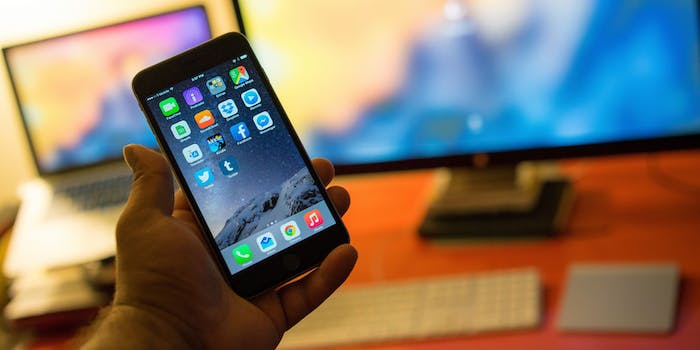 The line between iPhone fanboys (and fangirls) and the rest of the smartphone world is so well defined that it rivals such storied brand wars as Pepsi vs. Coke, Nintendo vs. Sega, and McDonalds vs. Burger King. Because of this massive rift, there’s little chance you’ll ever hear an iPhone devotee speak ill of his or her device, especially when the competition is involved.

I, an iPhone owner since the days of the 3G, will let you in on a few things that those like me normally never talk about. What I’m about to do could get me blacklisted from the Genius Bar, but here we go. These are the things dedicated Apple supporters don’t want you to know about iPhone ownership.

1) Bigger has always been better

When Apple announced the iPhone 6 and its bigger screen—and then the iPhone 6 Plus and its even bigger screen—we (and when I say “we” I mean iPhone owners) were more relieved than actually excited. For years we’ve seen Android owners and their big beautiful displays and had to convince ourselves that it didn’t matter, but it did. Do you know how many times I thought about switching, even after the iPhone 5 and its slightly-bigger screen was announced? So, so many times.

If I have to rely on a team of Chinese hackers to break my iPhone free of the chains it was born in then there’s something wrong with this system.

Of course, now that the iPhone 6 Plus exists we’re more than happy to act as though it’s a massive improvement in every imaginable way. Now that we’re part of the big screen club we can act like a four-inch display is insanely small and downright unusable, which makes you hate us even more. And most importantly, we never have to hear that the iPhone screen is just too small ever again. That’s all we really cared about anyway.

2) We’re tired of having our hand held

The App Store is the best app marketplace, and that’s something nearly all of us can agree on. That being said, we iPhone owners really aren’t fans of the restrictive nature of iOS. The fact that “jailbreaking” is even a thing is downright pathetic, and if I have to rely on a team of Chinese hackers to break my iPhone free of the chains it was born in then there’s something wrong with this system.

We’ll never admit to that, of course, because that would mean questioning Apple’s methods and that’s just not something real Apple fans do. We’re supposed to smile and nod and believe that whatever decision is handed down from the Cupertino mothership is indeed best for both Apple and us.

3) We dream of expandable storage

Apple still makes iPhones with 16GB of storage. That’s barely enough to download and install the newest iOS updates (which is leading to court cases as we speak) and it’s downright unacceptable. Apple makes sure that every iPhone can download HD movies, massive apps and games, and virtually every other type of digital content imaginable, and then they launch their newest iPhone with 16GB of storage. It’s almost like they’re mocking us at this point.

We don’t bring it up because it’s a problem that we feel largely powerless to not only solve, but even comment on.

The Apple community remains largely silent and tons of tech writers simply let it slide, which is absurd. “But you can stream most things anyway, so…” they all say, and I’m sure if you’ve ever brought this argument to an iPhone owner that’s what you’d hear, but don’t believe it for a second. We dream of the day when Apple will trust us enough to put something as basic as an SD card slot on their $500+ phones, but you’ll never hear such a thing leave our lips.

4) About those overseas working conditions…

Every time there’s a story about a worker committing suicide at an overseas plant that makes an iPhone component—and this happens with shocking regularity—we have no clue how to respond to it. Working conditions in many overseas manufacturing facilities are absolutely abysmal, and while Apple is far the only company that benefits from the insanely cheap labor they provide, they’re almost always the brand highlighted during these tragic events.

We don’t bring it up because it’s a problem that we feel largely powerless to not only solve, but even comment on. We’re not comfortable with the situation and no company should see its manufacturing process result in workers so run down and depressed that they leap from the top of the building, but we have absolutely no idea what to do about it. Switching to a different brand isn’t exactly a solution, as virtually all of them source work from the same group of manufacturers as Apple does, which only complicates things even more.

The iPhone locks up, crashes apps, and has just as many issues as your Galaxy S-whatever-the-hell-number-it-is, and it’s got a whole host of Apple-specific problems on top of that. IMessage was so broken that Apple had to create a special Web page that deregisters your phone number from its system, or else your texts will be lost forever in the ether. And iCloud was so easily breached that it apparently took nothing more than a downloadable tool in order to breach the privacy of a ton of celebrities.

These issues didn’t affect many iPhone users though, which means they bounce right off of us the very moment they’re brought up. Apple sells enough smartphones that there will always be millions of customers who have never had a significant problem, which means you’ll have no shortage of fanboys claiming that iOS works 100 percent perfectly every single time. There’s safety in numbers, after all.

6) You’re right, it is more expensive

The biggest pre-iPhone argument against Apple was that its products were more expensive. That didn’t magically change when they entered the smartphone market, and every time we’ve made excuses was really just us trying to get you to change the subject. Yeah, the iPhone is more expensive than just about all of its competitors, and yes, we wish it were cheaper, too.

By the way, this is also the only reason we think we’re allowed to act like we’re better than the rest of you.

Every adapter, cord, or case from Apple costs significantly more than a virtually identical version from any other company. Personally, I buy all my Lightning cables from Amazon, and I buy the Amazon branded ones, because they’re literally half the price.

“You get what you pay for” may be true, but Apple isn’t the world’s most valuable electronics company because it’s pricing its products to be affordable—the company loves money, and we’re paying for it. By the way, this is also the only reason we think we’re allowed to act like we’re better than the rest of you. If the next iPhone got a huge price cut you wouldn’t see us buying phone cases that show off the logo. Just sayin’.