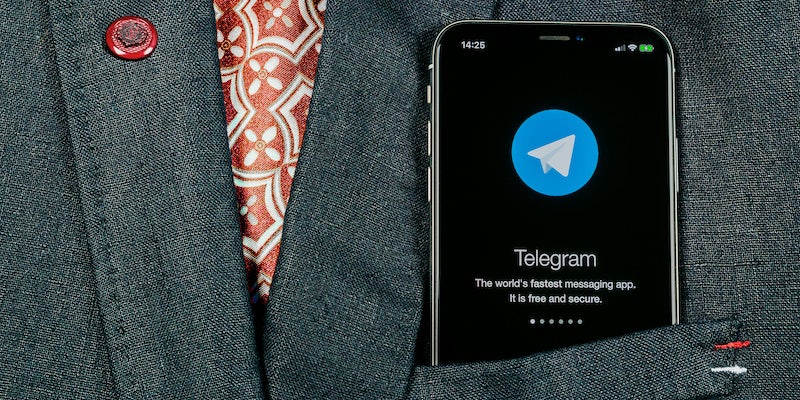 Minions memes are more popular than the far-right on Telegram

They are losing out to some memes.

The mass banning by Facebook of right-wing media figures like Alex Jones and Laura Loomer leaves them with few outlets willing to host their videos and social media. Some of these provocateurs, such as former InfoWars sidekick Paul Joseph Watson, are still active on major sites where they have thriving followings. But many are limited.

Unfortunately for their fanbases, Jones and Loomer have almost nowhere else to go, having dealt with a seemingly endless string of deplatformings on YouTube, Instagram, Twitter, and popular payment apps. But if these media figures have shown a talent for something besides self-promotion, it’s survival. So they’ve already found somewhere else to land.

Alt-right Twitter alternative Gab would seem to be the natural home, but Jones only has about 67,000 followers there, and Loomer hasn’t posted since April. Gab itself has been beset by financial problems and has been unable to get past the controversy generated by it being the social network of choice for Nazis.

Which is why they’ve found another landing spot—one experiencing enormous growth without solely tapping the far-right to fill out its ranks like Gab.

It’s Telegram, a secure messaging app founded by two Russian brothers, which claims to have over 300 million users around the world. Though it has only a small toehold in the United States, Telegram is becoming one of the most downloaded messaging apps in Europe and Asia, functioning as a combination of Twitter and WhatsApp, only with much less moderation.

So it’s an ideal alternative to something like Facebook Messenger for conspiracy theorists and right-wingers. But can it work as an alternative to major social media sites?

So far, the results haven’t been encouraging.

Immediately after the mass banning, Loomer fired up the Telegram page she had started on April 12. In a torrent of posts that hasn’t slowed down in the least, Loomer used her nascent channel to feed her persecution complex and paranoia. She claimed her banning was one step in what she deemed “another Holocaust,” decided that she and the others being banned “right before Ramadan” was important, and most of all, make countless appeals to her legal defense fund.

While it’s all standard Loomer, it hasn’t translated to Telegram. As of May 13, her channel had 9,100 subscribers—impressive for most people, but merely a shadow of the 115,000 she had on Instagram. Watson has done a little better, with over 16,000 followers. But even that subscriber number pales to the 973,000 followers Watson has on his still-active Twitter account.

Likewise, Milo Yiannopoulos has also built a small base of 10,000 subscribers on Telegram, but it’s nowhere near the nearly half-million he had on Instagram.

The most surprising lack of success on Telegram might be Alex Jones. Even though he has few other outlets left open to him, Jones’ “official” Telegram page has only about 6,000 subscribers and most posts get fewer than 1,000 views.

And these are just the Telegram channels that have found even slight success. Many more have struggled to gain even that foothold, such as far-right figure Sargon of Akkad, men’s rights advocate Roosh V., and pro-Trump prankster Jacob Wohl—who has less than 300 followers.

So even though Telegram has over a quarter of a billion subscribers, America’s leading figures on the fringe and alternative media aren’t seeing much growth using the same tactics they’ve used in the past to build massive followings.

Why haven’t their pages taken off?

The app is not especially useful for breaking news, discussion, or threaded observations; and according to its own analytics site, the most popular channels on the site (which have millions of followers) are all quasi-legal Hindi movie streams. And Telegram’s function as a secure messaging app builds in a number of limitations. Crucially, the interaction goes one way, with users only able to react and comment to posts, not share them with their own channels, making it impossible for anything to go viral. And because it prides itself on secrecy, it’s hard to search for accounts or participate in trending topics.

Essentially, to use Telegram for social, you have to know exactly what you’re looking for, and exactly how to find it, because it’s not going to land in your feed secondhand, which is basically the opposite of how social media optimally works. It’s possible that the far-right pivoted to a place that doesn’t give them reach.

As such, the mainstream media and business worlds have almost totally ignored Telegram, leaving their names available to be snapped up by fakes and trolls. To use a few easy examples, Apple Music’s Telegram channel is clearly fake, as are Taylor Swift’s and the Los Angeles Dodgers.

None of the major U.S. news networks have a presence on the site, and even President Trump’s page is an unofficial one that merely shares his tweets.

After the mass banning, most of these figures saw small spikes in their Telegram followings, but almost nothing since then, and have been stuck on their follower numbers for days.

And while Loomer’s account has been an almost non-stop, month-long rant, most others have used it only for sharing what they’ve already got on other pages. And because of the app’s function and limitations, it’s likely that there won’t be much in the way of original content to come.

The far-right’s failure to find fertile ground on Telegram can best be summarized in its inability to get more subscribers than one small channel on the site: Minions Quotes, which has reached 27,000 subscribers through relentless posting of cute memes and unfunny jokes.

And even though Minions Quotes has a surprising lack of actual quotes from Minions, it also has far more subscribers than any major right-wing media figure.

Jones and company have a long way to go to.