There’s a tech edition of Cards Against Humanity

This was too easy.

For Cards Against Humanity enthusiasts who’d like to depress themselves even further, San Francisco-based website the Bold Italic has now made available a tech-themed expansion pack, downloadable here in PDF form. 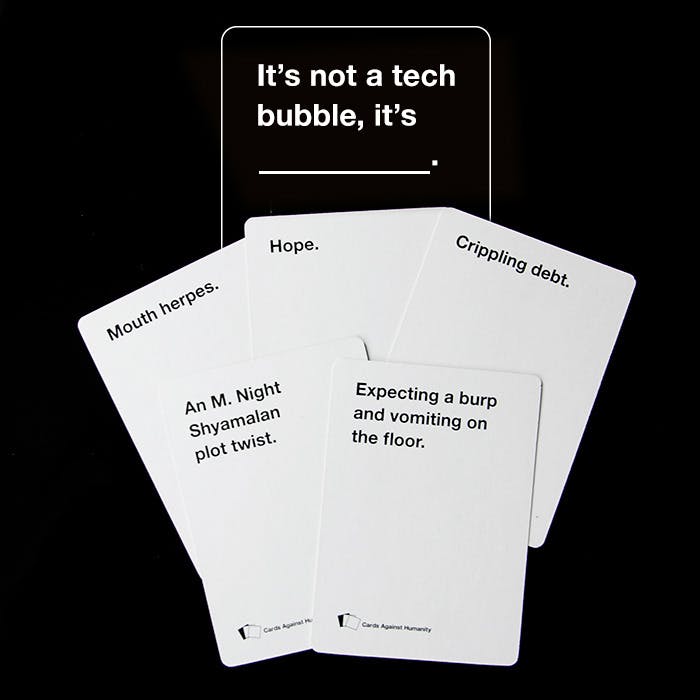 It appears as though they forgot to include a few, though.