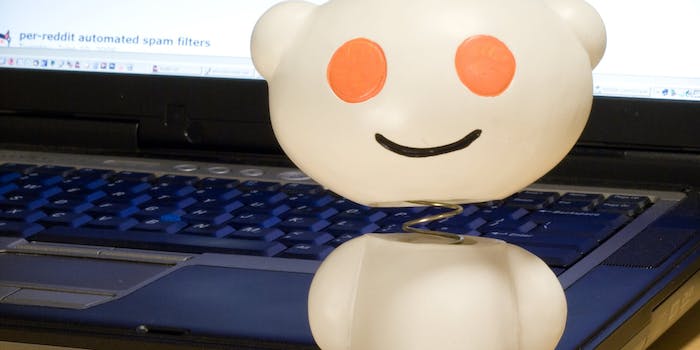 Thanks to a massive boast of support from Reddit, a Web petition against the Stop Online Piracy Act received enough signatures to warrant an official response from the White House.

The Stop Online Piracy Act goes against everything that Reddit stands for: free speech, pseudonymity, and democratization of the news.

As the controversial bill makes its way to Congress, user Sevsquad decided to action in true Reddit fashion: a Web petition called “Stop the E-PARASITE Act.”

Sevsquad, who claims his real name is Ryan and who resides in Manitowoc, Wisc., created the petition on Oct. 31, and posted it to Reddit three different times. While most of those posts received few comments, he believes that Reddits 28 million monthly visitors were the ones who helped push the petition pass the 25,000 signature threshold required to get a response from the White House.

As of today, the petition has collected 37,631 signatures.

“The day after I posted it up here more than a dozen sites picked it up and shared it netting it more than 8,000 signatures in one day, No other Petition had those kind of numbers, not even the marijuana one,” Sevsquad wrote. “And in my opinion unlike the marijuana one, the Stop SOPA petition I truly think could change something since it has not yet become a law. Call me an optimist.”

Wednesday was the first day Congress met to discuss the bill, triggering a huge, Internet-wide, protest against it. Social media platforms like Tumblr, Twitter and Canvas featured blacked out logos and blog posts, while “sopa” or #SOPA (short for Stop Internet Piracy Act) was mentioned more than 50,000 times on Twitter.

While many redditors were critical of how Sevsquad’s worded the petition, others supported his steadfast determination.

“Your petition is huge, and it lets important people know that we’re angry as hell about it. It’s not just the White House that will read it, but the news outlets who report on these petitions and people who listen to those outlets,” wrote mystupidpostaccount. “I’m grateful that there are people like you who care enough not only to be the first to jumpstart a petition despite the medium’s flaws, but to respond at length to so many other people’s concerns like you have here.”

Here’s the petition in its entirety.

This Bill would allow essentially allow A Great Firewall of America and would be a shameful desecration of free speech and any sort of reasonable copyright law. The new Law would allow copyright holders to force websites which have any copyrighted material to be blocked by ISP companies around the country, without requiring that the websites be given time to take the offending material down. It would also put pressure on ISP companies to monitor their users like never before, a gross invasion of privacy. This bill is a direct assault on a free internet and a shameful attempt by copyright lobbyists to destroy net neutrality. Essentially it’s a censorship law that would end the internet as we know it in America.