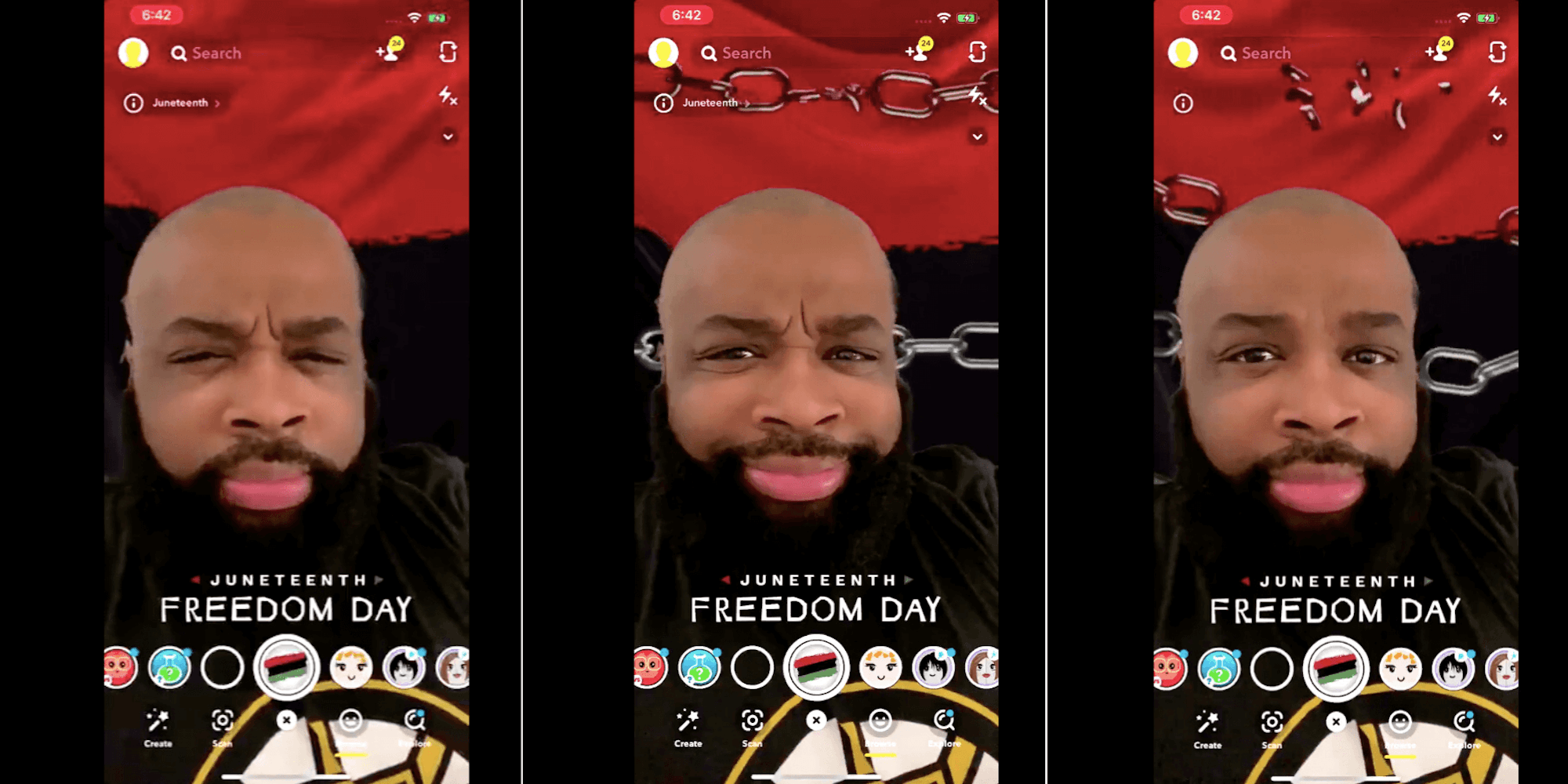 A lot of people called it out.

Snapchat removed a face filter meant to commemorate Juneteenth after users called out the tech giant for being “tone-deaf.”