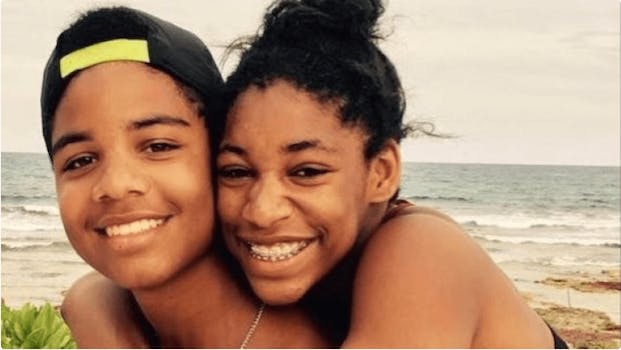 #JusticeForJacob calls for arrest of teen who filmed beating for Snapchat

3 people have been arrested for the beating.

Twitter users are wielding the hashtag #JusticeForJacob to call for the arrest of a teenager after she filmed and posted Snapchat videos of a teenage boy being beaten.

Videos posted on May 21 show a teenager beating Jacob Gunderson after accusing Gunderson of stealing drugs. A teenage girl posted the videos to her Snapchat, and someone filed an anonymous complaint to the police, according to a statement from Eau Claire Police Department.

Eau Claire Police Department did not immediately respond to the Daily Dot’s request for comment.

People are still calling for the arrest of the teen who posted the videos. A Change.org petition identified the teen as Hannah Buccholz and demanded that she be arrested for filming the violence and tried as an adult.

“In the videos, Hannah uses racial slurs whilst she eggs on the beating the entire time she is recording,” the petition states. “Even going as far as to partake in the beating as well, showing off her bloodied hand at one point.”

Buccholz has alternately defended herself and apologized on social media. “I’m sorry for what happen to Jacob it wasn’t suppose to go down like that,” she wrote on her Instagram profile. She also said she’s received death threats.

Gunderson’s mother, Becky Gruber, wrote in a May 25 Facebook post that Gunderson is physically and mentally improving every day.

“Your support has literally overwhelmed him in a time he needed it the most,” Gruber wrote. “And gives him the strength to face the future with a spark he hasn’t had in a long time.”

People are tweeting #JusticeForJacob to spread awareness about the incident and call for the arrest of Buccholz.

“Those who thought his life didn’t matter, will see just how this young man will change the world,” wrote Gruber, who did not immediately respond to the Daily Dot’s request for comment. “And make a difference for those who have no voice, or no one to protect them, or guide their way #justiceforjacob.”