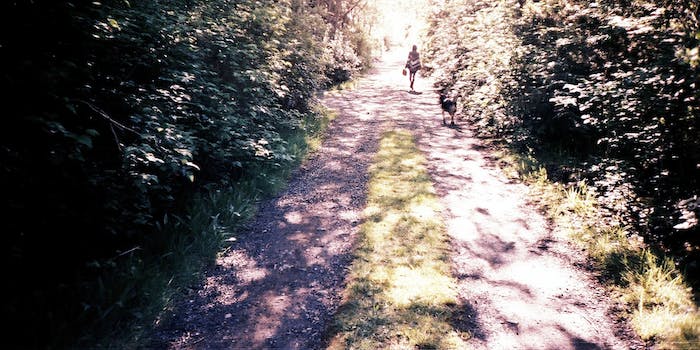 The introduction of the smartphone camera has undeniably changed photography. We can blame the front-facing camera for the ascent of the selfie, and apps like Instagram and Snapchat have normalized frequent, casual photoshoots.

We say we’re going on a trip down memory lane when we look through photos of past events, but a psychologist named Linda Henkel believes something else is going on when we take pictures as mementos. Henkel conducted an experiment at Fairfield University in Connecticut, testing students’ memories when they had taken a photograph of an event and when they hadn’t. Henkel believes photography damages the memory, because people don’t pay attention in the same way when they know there’s a photograph to use as evidence.

“As soon as you hit click on that camera, it’s as if you’ve outsourced your memory,” Henkel told Audie Cornish during an episode of NPR’s All Things Considered. “Anytime we kind of count on these external memory devices, we’re taking away from the kind of mental cognitive processing that might help us actually remember that stuff on our own.”

Henkel’s experiment highlights how people can be distracted if they’re constantly doing something on their phones, and it provides convincing evidence that people do not remember details in the same way if they know they’ll be able to refer back to a photograph later. But concluding that the rise of casual photography is a detriment to memory takes a somewhat narrow view of what a memory is.

This is a variation of the same argument that’s been made against Google. Since the Internet and search engines make it incredibly easy to pull up information, some people have critiqued the digital realm for changing the way we think. In Nicholas Carr’s notable 2008 article “Is Google Making Us Stupid?,” Carr examined whether Google short-circuits thinking.

As Carr mentions in his article, in Plato’s Phaedrus, Socrates worries that the invention of writing will kill the act of remembering, since people no longer had to memorize information in the same way. And he was correct in that oral storytelling was supplanted by writing. Henkel isn’t wrong in her findings that people aren’t memorizing details in the same way when they take photos; they are using photography as an exterior receptacle for that information. But is that a bad thing? Remember, it’s not that you don’t experience something any less vividly because you use your camera phone. You just might not remember details as well without looking at a picture, because your brain knows there’s a picture available to conjure the pertinent information.

Of course, if the picture disappears, you’re screwed. But if you have the photo, you’ll be able to see a representation of your memory whenever you want. Personally, I’d rather have a less good memory and a thoroughly documented life than the other way around, just as I’d rather be able to use Google Maps than rely on my memory, even if it makes my navigational sense even worse.

Technologies are changing the way we think because they allow us to outsource the effort. Yes, this makes our minds less apt to hang onto certain details, but that seems more like a reasonable choice about allocating brainpower.

While Henkel does believe picture-taking can degrade how we form memories, she doesn’t think the solution is abandoning the smartphone camera. Instead, she counsels that people should be more mindful when they take pictures.