The new smart home kit from littleBits will retrofit your house

Your phone is smart, your next watch may very well be smart, even your jewelry is becoming increasingly smart, and it’s only natural to assume that, eventually, our homes will be smart too.

Of course, a smart home comes with more complications than something we can simply stuff in our back pockets or strap on our wrists. These are supposed to be our Jetsons-like houses of the future, serving as faultless security systems while also automating our every desire with robotic precision and modern aesthetics.

That’s exactly what the vast home-appliance industry would like you to believe. “The Internet of Things industry, it’s become a very popular buzz word,” said electronics DIY company littleBits founder and CEO Ayah Bdeir. “Supposedly it will be a nearly $80 billion industry, but right now it’s just more of the same: companies making prescribed products, like the ‘Apple Home’ or the ‘Google Home,’ and then you have to worry about interconnecting things and making sure you are sticking with one operating system.”

We’ve seen this happen with our current smart products: We’re already stuck with the smartphone operating systems in which we invest time, money, and customization. The OS on our phone will also determine what future products we can buy, since we’ll want our app-enabled ecosystem to play nicely with the phone, our future remote.

LittleBits has an alternative. “What we’ve done basically is we’ve created this Smart Home Kit to counter what’s going on out there.

“We keep being told, ‘Buy this connected light, this smart fridge, this coffee maker that turns on automatically,’ and then these companies want you to pay huge prices and throw out your old stuff,” Bdeir continues. “We’re saying keep your old stuff, just add Internet to it.” 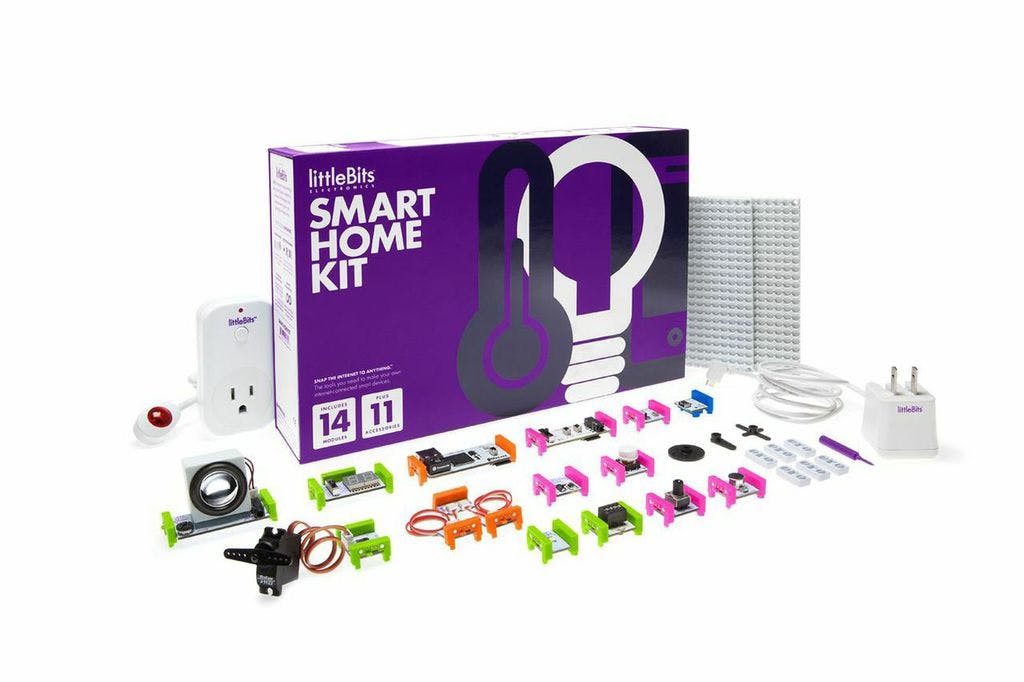 LittleBits is part-DIY enthusiast playground, part-novice hacker paradise. The new Smart Home Kit is a major extension of what littleBits last introduced, the cloudBit, which enabled Wi-Fi communication between bits. The bits themselves are modular, magnetic arduino boards that easily connect and adhere to things, making them “smart.” Using IFTTT recipes and littleBits’ app, you can use your phone or tablet to make your house do practically whatever you want. Applications range from totally practical to undeniably fun.

In a virtual tour of the littleBits office, the team demonstrated a bit that automatically started their inexpensive, possibly outdated coffee maker; a bit that alerted them when their refrigerator was above 50 degrees; a bit that used IR detection to sound an alarm and send a text when someone came too close to a precious piece of art; a bit that pulled back the curtains and played a horn as a sort of cutesy alarm clark alternative; a bit that played elevator hold music whenever someone rang the doorbell; a bit that remotely turned on a lamp across the room; and a bit that activated a robotic arm which swung over and dispensed pet food. (Seen here with cats!)

All of these applications result from pairing ordinary, non-smart items with the new littleBits kit. “You can retrofit your home and bring it into the 21st century,” said Bdeir. “There’s nothing in your house that’s too old or dumb to make smart.”

The just-released kit comes with 14 bits, five of which are new to the littleBits catalog, bringing the total number of bits up to 67. The new additions includin gthe MP3 player, Threshold, Temperature Sensor, and IR transmitter.

LittleBits products, including the Smart Home Kit, are available at RadioShack, on the company’s own website, and on Amazon. According to Bdeir, they’re also available at a handful of boutique shops, but as LittleBits continues to see large demand, it’s working on expanding to more retailers. 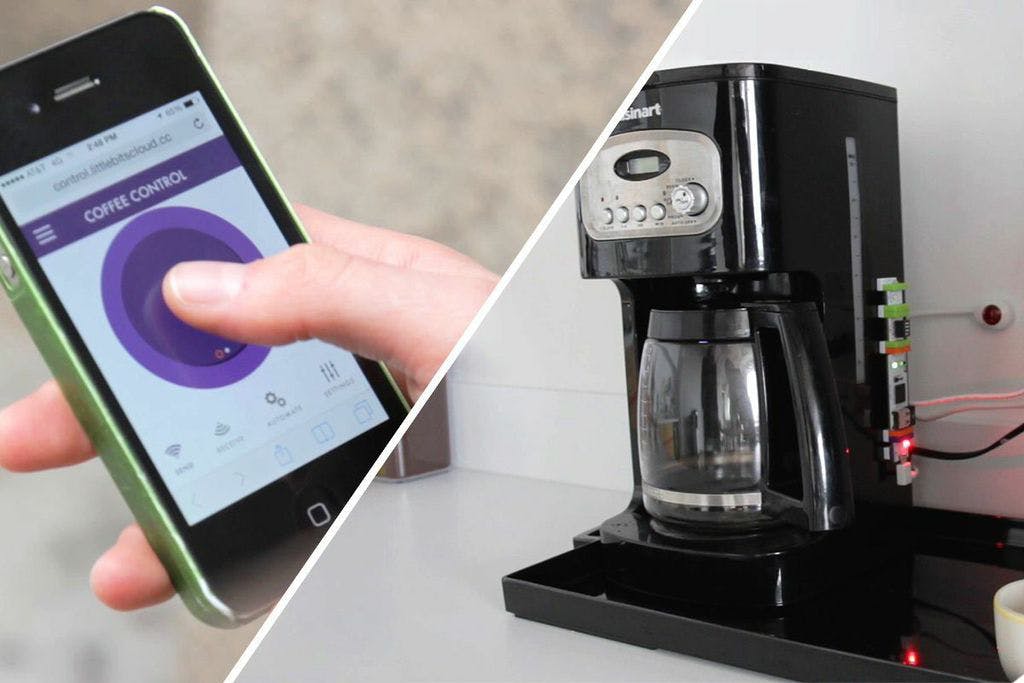 Democratization of technology is always exciting, although sometimes that democratization comes with either unpleasantness (like Twitter, where the bar for conduct is vanishingly low) or a steep and off-putting learning curve (like nearly every hardware hackathon). LittleBits’ commitment to leveling this playing field is admirable, as is its incredibly diverse work environment.

“It’s just something we live and breath,” Bdeir said, when asked whether the company’s diverse hiring was a goal or a coincidence. “To be honest when you have women in certain roles in the company it attracts certain people to join the team. It’s a self-fulfilling prophecy.” She said that approximately 50 percent of littleBits’ employees are women. Far from being concentrated in the marketing department, these women fill positions in design, product, and electrical engineering.

Bdeir said that littleBit’s goal is to “put the power of electronics in the hands of everyone, and to break down complex technologies so that anyone can build, prototype, and invent.” Frankly, it’s inspiring to see a company embracing that mission inwardly as well as with its products.