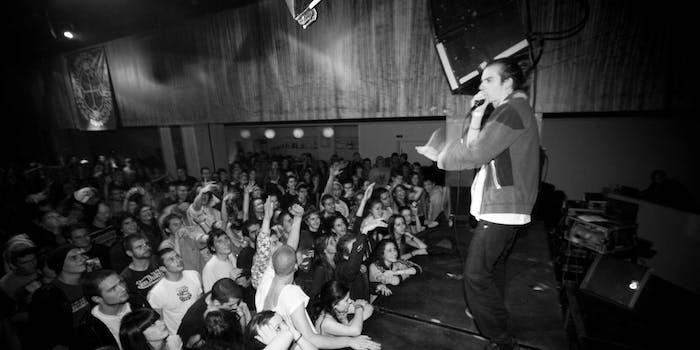 Your iPhone can now beatbox thanks to Siri’s mad skills

Lots and lots of boots and cats.

It’s a dilemma as old as time itself: You and a friend are attempting to solve a dispute with the world’s most popular form of conflict-resolution, the rap battle, but there’s just nobody around to drop a sick beat for you. Lucky for you, Siri can help.

If you grab your nearest iOS device and ask the virtual assistant to beatbox, she’ll do her best to kick a beat for you. It’s just another in a long line of special responses that Apple has hidden within Siri’s vast digital mind.

Siri’s skills aren’t particularly well-honed, and she just repeats “boots and cats,” a classic phrase for beginning beatboxers to teach them to emphasize the consonants and create a simple beat. Siri cheerfully tells you she’s been practicing, though she could clearly still use some work. She’s no Doug E. Fresh or Biz Markie quite yet.

This isn’t the first time Apple’s assistant has dipped her toes into the culture of hip hop. People have had some fun with Siri, making her read off lyrics from rap songs to test her flow. She does her best to cover the likes of Eminem in her robotic voice.

The real hit is her take on Notorious B.I.G., complete with beat backing her, thanks to a little work from Robert Boehnke done for Music Hack Day 2011 in London.

Last year, London-based producers Alex Rizzo and Elliot Ireland, otherwise known as Skeewiff, created a remix of Young MC’s Know How that puts the mic in Siri’s hand. She proves to know exactly what to do with it.

Without question, Siri’s skills on the mic are much better than her beatboxing abilities. But give the voice-powered assistant some time. Before you know it, she might be providing a soundtrack for you to spit your commands to her over. Just make sure to make your request rhyme.