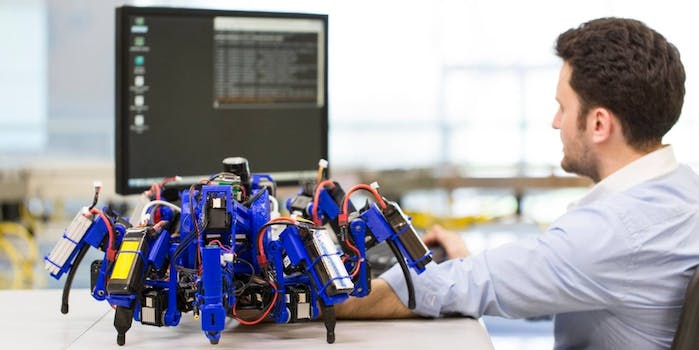 Imagine a factory that can go from making cars to making cabinets without switching out the machinery.

It’s expensive to build an automated factory, and even more pricey to repurpose one. German manufacturing giant Siemens wants that to change, and they’ve developed an army of robot spiders to make it happen.

Utilizing what Siemens calls “mobile manufacturing” researchers in Princeton, New Jersey have build prototype spider-bots that work together to 3D print structures and parts in real time. Known as SiSpis, or Siemens Spiders, these robots work together to accomplish tasks, and can be reprogramed to learn new jobs. 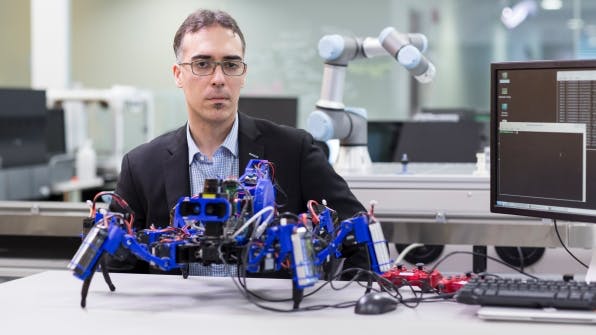 The ability to be reprogramed gives the bots an advantage over traditional manufacturing robots. Opening an industrial manufacturing factory currently means installing expensive robots that can only do one or two tasks well. In theory, the SiSpis’ programing can be altered to address new tasks, allowing for greater flexibility for manufactures.

So how do they work? According to Siemens, “the robots use onboard cameras as well as a laser scanner to interpret their immediate environment. Knowing the range of its 3D-printer arm, each robot autonomously works out which part of an area—regardless of whether the area is flat or curved—it can cover, while other robots use the same technique to cover adjacent areas. By dividing each area into vertical boxes, the robots can work collaboratively to cover even complex geometries in such a way that no box is missed.”

Additionally the spiders have been programed to have a level of autonomy. They know where they are, and when their batteries get low they will make their way back to a charging station and hand off whatever task they were working on to another spider in the system, allowing it to pick up where they left off. Communication between the bots is handled via Bluetooth and Wi-Fi, creating a collaborative mind where each spider knows exactly how much work it can do and how many other spiders will be needed to finish a job.

The possibilities for these robots are staggering, even beyond manufacturing. Imagine a swarm of programmable spider robots which could repair a damaged ship in real time, or be utilized for dangerous missions in space. While the current iterations are roughly the size of a microwave, the company says they are scalable in size and they have plans to make industrial sized SiSpis in the future that are capable of welding cars or other large scale industrial projects.

While these robots are still in development they’re yet another example of science fiction becoming reality. Let’s just hope they remember to put in a fail safe in case something goes wrong.