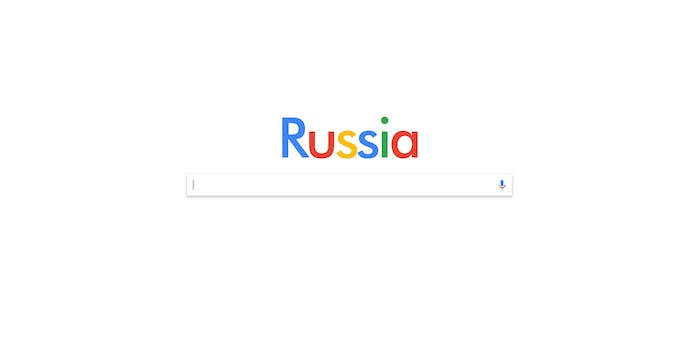 Russia’s efforts to interfere with the 2016 election by spreading misinformation went beyond the social networks used by millions of Americans. The country also exploited Google, the largest tech company in the world, according to a new report.

The Google ads do not appear to be bought by the same Russian-government linked “troll farm” that bought $100,000 worth of ads on Facebook in the run-up to the 2016 election, the Post reports, suggesting that Russia’s efforts to spread false information was a multifaceted effort.

The social media giant is still investigating whether the ads came from trolls or originated from actual Russian accounts, according to the Post.

Google’s involvement in Russia’s election interference comes as more information continues to come to light about the country’s infiltration of several social media sites that were crucial sources of information for Americans ahead of the election. Last week, the Senate Intelligence Committee reaffirmed the intelligence community’s assessment that Russia attempted to influence the election.

Facebook found “roughly 3,000” ads connected to 470 inauthentic accounts and pages it believes were “affiliated with one another and likely operated out of Russia.”

Meanwhile, Twitter announced last month that it suspended more than 200 accounts it believes were linked to the same Russian actors who bought the Facebook ads, which were aimed at creating division and dissent among Americans leading up to the election. Nearly $275,000 worth of ads on Twitter were bought by RT, a Russian government-linked news outlet, during 2016.

Executives from Twitter and Facebook have said they will testify before Congress on Nov. 1 regarding Russia’s attempts to sow dissent on the social media platforms. Google has not yet said whether it has accepted an invitation to do the same.

You can read the Washington Post’s report here.