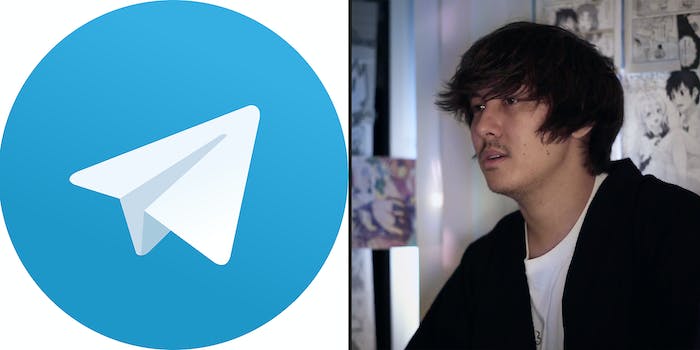 Ron Watkins claims Telegram banned him prior to ‘big drop’

The far-right conspiracy theorist is followed by more than 284,000 users.

Former 8chan administrator Ron Watkins claimed on Wednesday that he was banned from the popular messaging platform Telegram.

In a statement on Gab, Watkins claimed that he lost access to the app after his phone number was blocked.

Watkins further alleged that he was preparing a “big drop” regarding Pegasus, the spyware developed by Israeli technology firm NSO Group that was recently found to have infected hundreds of phones.

“I appealed the ban, but I doubt it will be effective,” he wrote. “If the Telegram appeal is granted, then I will address this issue again.”

The far-right figure also announced that he would be halting all activity on his Telegram chat room as well as the channel for AlienLeaks, a WikiLeaks-style platform for procuring documents about UFOs that he recently launched.

Watkins just this week uploaded footage to YouTube of what he conveniently claimed was a UFO, just two months after launching AlienLeaks.

Given Watkins’ history of spreading conspiracy theories, many are skeptical of his latest claims.

The Daily Dot reached out to Telegram to inquire about the alleged ban but did not receive a reply by press time.