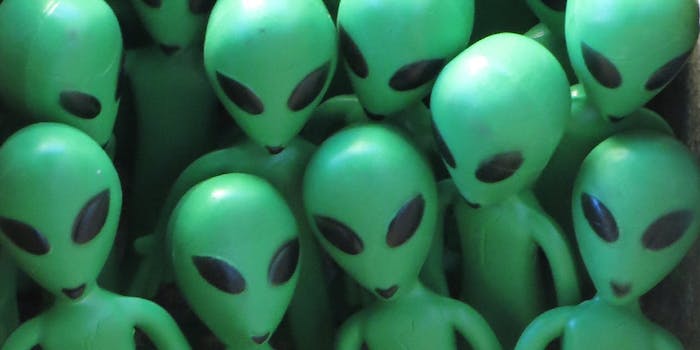 AlienLeaks, the WikiLeaks-style platform launched last month by former 8chan administrator Ron Watkins, promised to reveal never-before-seen government documents on extraterrestrial life. But in its first-ever document dump on Monday, the group instead released a batch of files that have long been public.

In the group’s Telegram channel last week, which boasts nearly 50,000 subscribers, AlienLeaks alleged that it was preparing to release “some of the biggest information drops in history.” The group quickly followed up, however, by noting that its first release would actually be public documents that they claim the government has tried to keep under wraps.

“Publication will begin shortly with some important open source technical and theoretical documents that have been memory holed,” the group wrote. “These initial publications will be used to build an intellectual foundation towards a general public understanding in preparation for future documents which are en queue.”

In its so-called “Memory Hole” release, AlienLeaks opines about the importance of six documents, released to the public decades ago, about the government’s interest in topics such as “telepathic communication.”

“AlienLeaks has resurrected some important documents which have previously been known, but have since been memory holed,” the group claims. “These memory holed documents are of very-high quality and are highly-recommended reading to help build an intellectual understanding for upcoming reports on leaked documents.

In reality, such documents have long been popular among conspiracy theorists. The files stem mainly from the height of the Cold War when the U.S. government investigated a laundry list of bizarre subjects such as “remote viewing” and “telekinesis.”

AlienLeaks also fails to explain what exactly the documents have to do with extraterrestrials, but argues that viewing such content is necessary to “build an intellectual understanding for upcoming reports on leaked documents.”

The Memory Hole release, which also promotes a podcast in which Watkins discusses aliens, is unsurprising given the former 8chan administrator’s long history of failing to deliver on sensational claims. Best known for spreading debunked voter fraud claims related to the 2020 presidential election, Watkins has even been accused of being “Q” from the QAnon conspiracy theory. This may just be attempting to cash in on the growing UFO craze as Q fame fades.