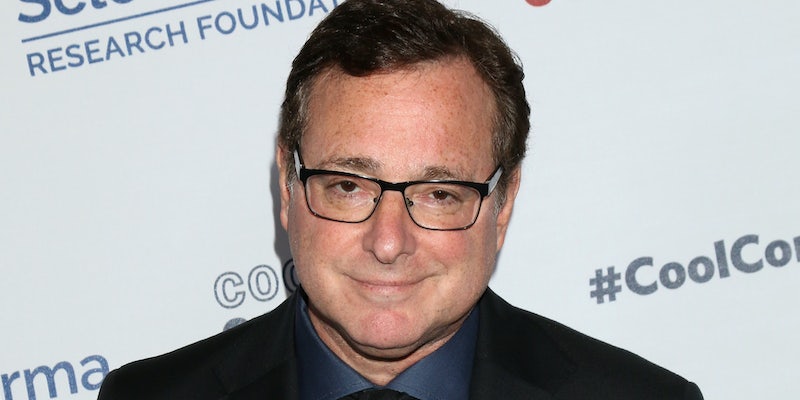 Many who falsely blamed Saget's death on the vaccine now claim he was actually murdered.

Conspiracy theorists who claimed without evidence last month that comedian Bob Saget died from taking a booster vaccine changed their tune this week after the celebrity’s cause of death was officially revealed.

On Wednesday, TMZ reported that a medical examiner in Florida determined that blunt force trauma to the head had been responsible for Saget’s death.

Saget is believed to have hit accidentally hit the back of head and underestimated the severity of the injury, causing him to have a brain bleed that ultimately took his life once he fell asleep. A toxicology report also showed no narcotics or alcohol in Saget’s system.

Authorities originally speculated that Saget may have died from a heart attack or stroke, which led conspiracy theorists to blame the vaccine for his death, just like they have with countless other high-profile figures.

Conspiracy theorists attempted to point to footage from July in which Saget jokingly claimed to be receiving “five to six” vaccines per day as evidence that the shot was to blame. Video of Saget in which he discusses receiving the booster shot in December was also cited as proof.

Yet when the actual cause of death was announced this week, conspiracy theorists began suggesting that Saget had actually been murdered instead. On Twitter, many suggested that foul play must have been involved.

Over on Telegram, popular QAnon promoter StormyPatriotJoe likewise suggested to his more than 100,000 followers that Saget’s death was undoubtedly suspicious.

Users on the app responded to the news by suggesting that Saget had actually been assassinated at Guantanamo Bay by the U.S. military for being a pedophile. QAnon adherents regularly accuse celebrities of being pedophiles and also believe that former President Donald Trump is secretly having all of their perceived enemies put to death.

“Bullet to the head by the military!!” one user gleefully wrote.

Some even compared Saget to deceased sex offender Jeffrey Epstein, who likewise found himself tied up in conspiracy theories following his suicide in a New York Jail.

“Yeah sure, and #JeffreyEpstein killed himself too huh?” @Tylerban wrote.

Although many conspiracy theorists latched onto allegations of murder, others weren’t quite ready to stop falsely blaming the vaccine for Saget’s death.

“Yeah what did he hit his head on the fuckin vaccine,” @nycguideovoice said.

Saget is just the latest celebrity to be targeted by conspiracy theorists following their death. Hollywood icon Betty White’s death last month was also blamed on the vaccine as well.