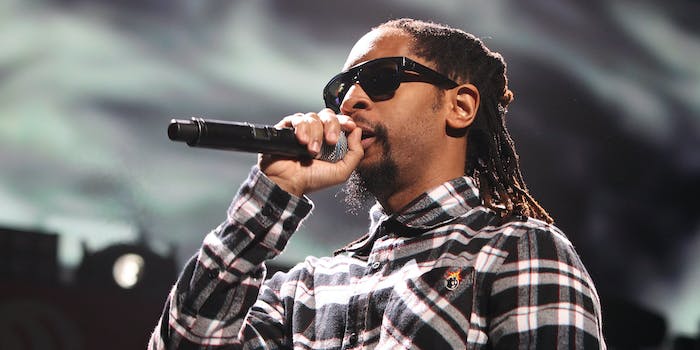 Michelle Obama once said, "When they go low, we go high." Lil Jon once said, "Get low, get low, from the window to the wall."

You could say that a Republican Congressman tried to “get low,” but rapper Lil Jon got lower—and got the best of a Twitter exchange that heated up Monday. Rep. Paul Gosar (R-Ariz.), who won reelection last week, reached out to Atlanta-based rapper Lil Jon on Twitter on Sunday, looking to crow about his sizable win in Arizona’s heavily-Republican 4th District.

Lil Jon had something to say in response on Monday morning. He, in fact, went all caps with a cease and desist: “DONT QUOTE MY SONGS BRUH”. That was followed by a question regarding the impending presidential transition: “ON ANOTHER NOTE R You GONN HELP 45 PACK HIS SHIT UP”.

Gosar responded Monday afternoon, noting. “I just talked to the club owner. He said calm down.”

Gosar also showed himself to be conversant with one element of Twitter culture in relaying his vote total: He “niced” himself for his 69.69 percent.

Gosar is no stranger to provocation on the Internet, particularly toward Democrats. It’s certainly not the first time he’s tweeted himself into attention.

In January, Gosar shared a doctored photo of President Barack Obama with Iranian president Hassan Rouhani—with one of the giveaways being that the Obama in the photo had two thumbs on his left hand. In March, Gosar inadvertently started a meme by noting he’s “rather die gloriously in battle than from a virus.”

Just this past July, a tweet from The Informant’s Nick Martin highlighted a photo appearing to be Gosar posing for a photo with a member of the Proud Boys.