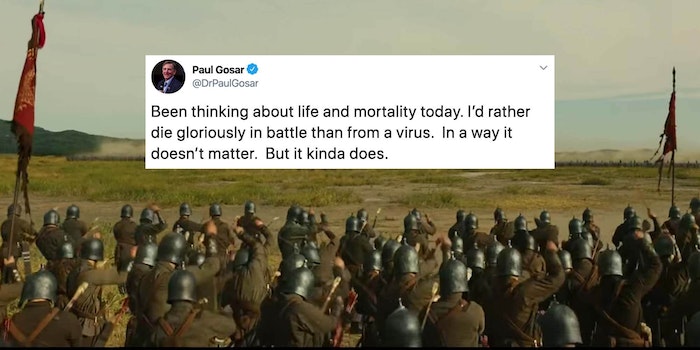 'I’d rather die gloriously in battle than from a virus.'

Rep. Paul Gosar (R-Ariz.) inadvertently spawned a new meme on Monday after stating that he would “rather die gloriously in battle than from a virus.”