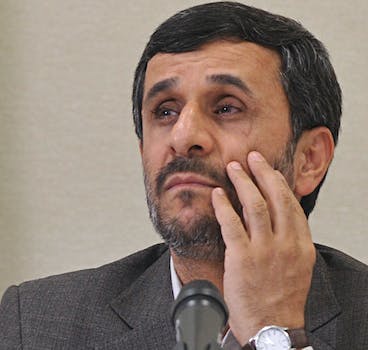 Many critics of the Cyber Intelligence Sharing and Protection Act  downplay the threat of cyber threats from abroad.

Maybe this is what the Cyber Intelligence Sharing and Protection Act is really about.

According to a new report, President Obama, in an attempt to halt Iran’s nuclear research, ordered sustained and repeated cyberattacks on that country’s computer systems. At one point the worm, called Stuxnet, knocked out a fifth of the centrifuges Iran uses to purify uranium.

The revelations that the White House sponsored massive cyberattacks on Iran could shed light on why some government officials are so eager to pass the CISPA, a controversial bill in Congress created by the House Intelligence Committee to counter cyberattacks on American systems. Critics contend that CISPA would allow government agencies far too much power to spy on its own citizens. Many downplay the threat of cyber threats from abroad.

An HIC advisor, who asked not to be named, stressed in a previous conversation with the Daily Dot that in the past few years, the U.S. has seen a drastic rise in cyberattacks from abroad, largely from China and believed to be state-sponsored. The advisor described a nightmare scenario as a cyberattack that would cripple American infrastructure.

A second representative for the HIC refused to comment Friday on whether the organization was aware of attacks on Iran when it was drafting CISPA.

It’s anyone’s guess whether CISPA will ever pass as a law. Obama’s advisers said in April he’ll it veto it if it passes the Senate, but that was before the President’s head cybersecurity advisor retired.

If it doesn’t pass, there are several similar cybersecurity bills percolating in Congress, most notably the Lieberman-Collins act, which the White House is said to support.

Obama was aware the attacks on Iran meant he was pushing America into new territory, from which there could be no turning back.

The President “repeatedly expressed concerns that any American acknowledgment that it was using cyberweapons […] could enable other countries, terrorists or hackers to justify their own attacks,” the report said, adding that Obama felt he had no other choice to stop Iran.

Either way, this much is clear: The floodgates are open.