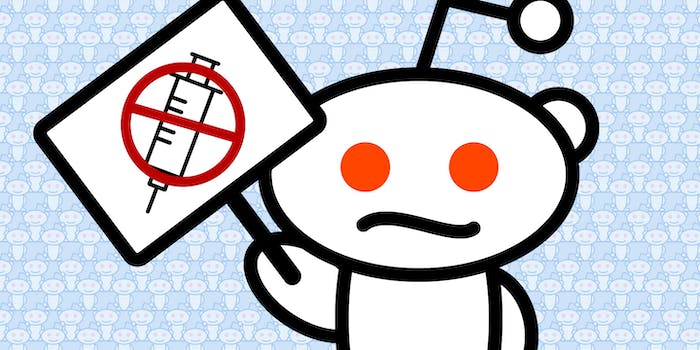 ‘Lives are at stake’: Senators want Reddit to do more about ivermectin forums

Three senators told Reddit it needs to 'act swiftly' to curb the spread of COVID misinformation.

A group of senators is urging Reddit to crack down on the “rapid spread of misinformation” about coronavirus, specifically the use of ivermectin to treat it.

Ivermectin is an anti-parasite drug commonly used for livestock that has some legitimate medical uses in humans under certain circumstances. However, the drug has been pushed by celebrities, conspiracy theorists, and others as a way to treat COVID-19. Health agencies like the CDC and FDA have warned people against using the drug for treating or preventing the virus.

The senators told Huffman: “On your platform, users have been encouraged to take ivermectin formulated for livestock,” later adding, “it is unacceptable to sit on the sidelines during a global pandemic while harmful misinformation runs rampant on your platform.”

The letter also references a push from nearly 500 subreddits in August demanding that Reddit take stronger action on COVID disinformation on the platform. Huffman wrote in response that the platform was a “place for open and authentic discussion and debate.”

In protest of Huffman’s response, dozens of subreddits went private. Ultimately, Reddit announced that it had banned one prominent COVID denial community, and quarantined—preventing the community from appearing in public searches—numerous others.

“It is critical that you do more to empower and protect your users by maintaining a platform for robust conversation that does not empower false, misleading, and malicious information,” the senators wrote to Huffman in their letter. The federal government and scientific community have worked tirelessly to develop evidence-based and FDA-approved vaccines to stop the spread of COVID-19, reopen schools, and promote safe workplaces so that workers can return to their jobs. The dangerous medical misinformation spread on your platform hinders these efforts, endangers your users, and puts this nation’s public health in jeopardy.”

They closed the letter asking for Huffman to remove the medical disinformation, ending it by telling the Reddit CEO that “lives are at stake.”

A Reddit spokesperson told the Daily Dot they received the letter and “look forward to responding to the senators.”