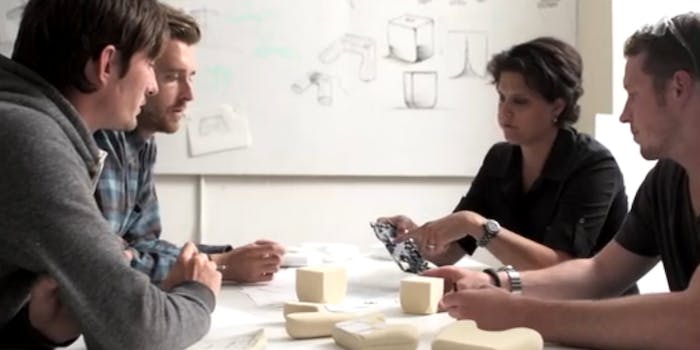 Ouya, a gaming console that would create a streamline from your Android phone to your TV, celebrated Kickstarter's most profitable first day ever Tuesday.

The Pebble watch should stay on high alert. Ouya’s gaming console is making a run at the Kickstarter record books.

The Los Angeles-based project, one that could revolutionize mobile gaming by creating a streamline from your Android phone to your TV, celebrated Kickstarter’s most profitable first day ever Tuesday when it eclipsed the million-dollar mark in 8 hours and 22 minutes.

Coming up on its second full day of funding, the console has already received more than $2 million in pledged money, and that number’s rising with a bullet. Expect Ouya to hit the $3 million mark before the founders break for lunch.

“We never anticipated that it would blow up like this,” Ouya’s Julie Uhrman told GamesBeat yesterday. “I mean, we had early support from developers and game industry veterans that an open game console was a great idea. We’ve certainly been blown away by the level of this excitement and support for Ouya. It’s been just an unbelievable day.”

A $99 pledge earns backers one of the company’s consoles. At last count, 23,000 people have already backed the project.

That number should continue to rise through the campaign’s 28 days, but Ouya will need an unseemly amount of pledge consistency to break Pebble’s record-setting pledge total, an astounding $10 million.