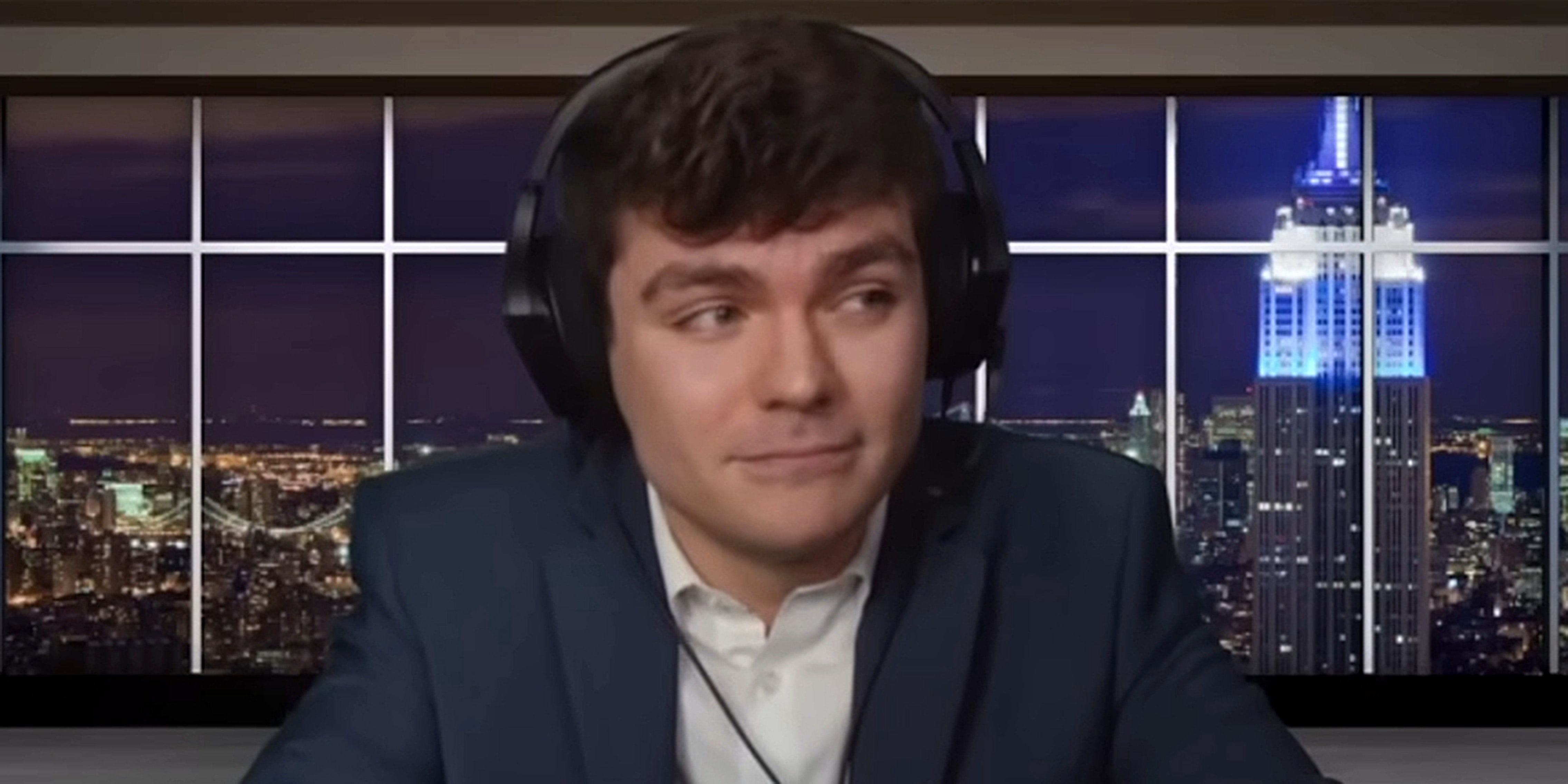 He might be America's most infamous antisemite—which is saying a lot.

Twitter reinstated the account of one of the nation’s most prominent Holocaust deniers and public antisemites, Nicholas Fuentes.

Fuentes rose to online prominence in the back half of the Trump presidency, cultivating a digital following of far-right trolls who styled themselves as Groypers. The group began as hardline anti-immigration hawks but quickly tipped into outright white supremacy, white nationalism, and antisemitism.

Fuentes has frequently denied the Holocaust ever happened on his streaming show America First with Nick Fuentes, and recently allied himself with rapper Kanye West, now Ye, who also holds virulently antisemitic views.

Fuentes is also a prominent incel.

Twitter suspended Fuentes in July 2021 in the wake of a Southern Poverty Law Center report on the social media platform’s catering to the far-right.

Rather than peter out in the wake of a social media ban, Fuentes burst back into the national scene when he attended a dinner with former President Donald Trump and Ye, sparking outrage against Trump.

The two continued their alliances in an infamous appearance on Alex Jones’ InfoWars, where Ye went on a number of antisemitic tirades, including saying he loved Nazis, while Fuentes sat by.

Fuentes also attended the Jan. 6 Capitol riot, although he claims he never entered the Capitol.

As noted by VICE, since taking over Twitter, Elon Musk slowly let a number of people accused of fomenting the Capitol riot, including Trump, Ali Alexander, and conspiracy theorists like Ron Watkins and Michael Flynn, back on the platform.

Trump has yet to reuse the platform since being reinstated, although reports indicate he may join soon.