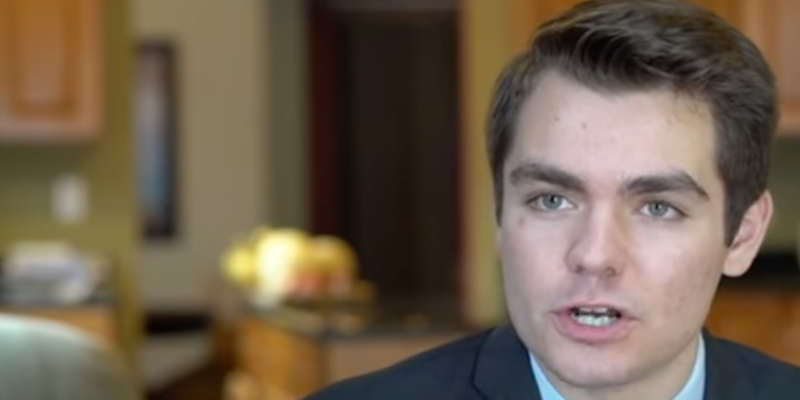 Fuentes is the head of a far-right movement.

Today, Twitter took action against Nick Fuentes, a far-right figure who has flirted with and endorsed both white supremacy and Holocaust denial.

The news of the suspension was first reported by Media Matters’ Al Kaplan.

Fuentes’ ban came in the wake of a report by the Southern Poverty Law Center (SPLC) and how Twitter’s lack of regulations and enforcement of its policies helped empower the far right.

Fuentes is the leader of a far-right movement, whose members call themselves Groypers, and which is further right on immigration than even the most hardline of Republicans. The group has argued for a white nationalist state.

Fuentes was at the Capitol riot on Jan. 6. However, he was incorrectly identified as being inside House Speaker Nancy Pelosi’s (D-Calif.) office.

According to the SLPC’s report, which came out two days ago, Twitter had no intention of suspending him.

It’s unclear what has changed. Twitter issued a benign statement to the Daily Dot, only saying that Fuentes had “repeated violations of the Twitter Rules.”