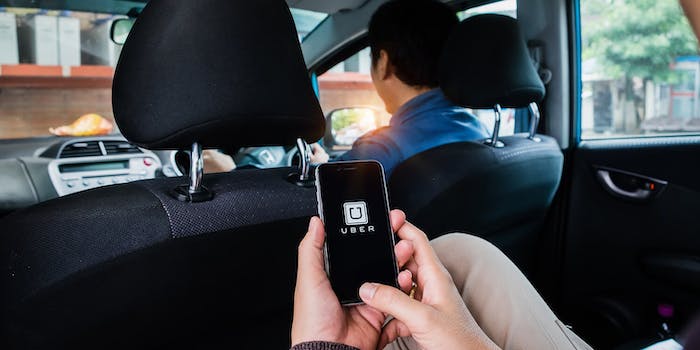 Uber is making it easier for passengers to seek help if they find themselves in dangerous or uncomfortable situations.

Uber is making it easier for passengers to seek help if they find themselves in dangerous or uncomfortable situations.

A new feature, which Uber has dubbed ‘On-Trip Reporting’, will allow users to discreetly contact a safety specialist while they’re on the trip. After the ride has concluded, Uber will follow-up with the passenger to find out more details, and see if any further action is required.

Uber says the goal is to empower passengers to report incidents that make them feel uncomfortable but might not meet the threshold for contacting the authorities. It will allow customers to report issues like erratic driving or a driver persistently asking unwanted questions.

On-Trip Reporting is the latest in a suite of safety tools being rolled out, which include the ability to text emergency services from within the app. This feature is available in a handful of cities that support the technology, including New York City, Boston, and San Jose.

Uber is also adding more rigorous systems to prevent unauthorized drivers from picking up passengers. When a driver starts a shift, the Uber app will prompt them to record themselves performing a series of actions in order to verify their identity.

Uber likely hopes the launch of these features will temper some of the criticism it’s attracted in recent years over rider safety.

On Wednesday, the Washington Post reported that company representatives are encouraged to prioritize Uber’s reputation over passenger safety. The exposé prompted a furious response from Connecticut senator Richard Blumenthal.

Writing to Uber CEO Dara Khosrowshahi, Durbin said he was “alarmed by Uber’s public statements about this issue, which indicate a brazenly careless attitude about your responsibility to your customers.”

Rider safety was also a factor behind Transport for London’s shock 2018 decision to refuse Uber a license to operate in the U.K. capital. The company has since failed to obtain a long-term license there, which stymies its future success in one of its most lucrative markets.

Uber’s most recent renewal, announced earlier this week, only gives the company two months before it has to apply again. There is no guarantee it will receive another extension.

It’s uncertain whether the latest app update will do much to quench the ire of legislators and regulators.

As we’ve seen in recent rulings in London and California, much of the criticism of Uber stems not from the technology itself, but rather its culture of neglect and indifference to passenger safety. You can’t fix that with a software update.