Nanobuds are going to turn anything into a touchscreen

If you build it, they will touch.

Touch-activated surfaces of almost any shape and size could soon become a reality thanks to a new technology from Canatu, a Finland-based startup. The company has developed a transparent film, composed of carbon NanoBuds—microscopic tube structures of carbon atoms with ball-like appendages—that can be placed over almost any surface, from anything as small as earbud wires, to larger, more intricately curved surfaces, such as car consoles. The technology transforms these complex shapes into interactive devices. 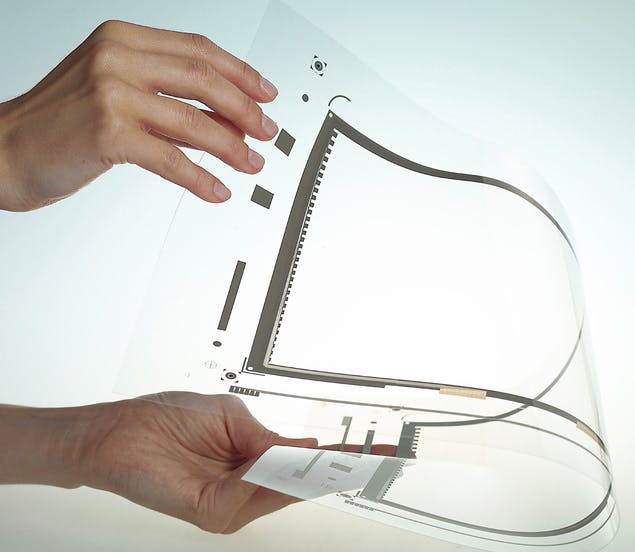 The proprietary technology Canatu has developed is an improvement over the use of carbon nanotubes in touchscreens, which have proved too inefficient and costly for widespread adoption. Although similar to carbon nanotubes in molecular composition, NanoBuds possess the extra appendages, called fullerenes, that provide increased electrical connectivity and pliability.

Current touchscreens are normally made by applying a transparent layer of indium tin oxide over a display screen. This composition is rigid and can only be applied to a flat surface. Nanotubes have long seemed a promising alternative because of their electrical conductivity, but have frustrated those who have tried to incorporate them in displays because of difficulty in establishing electrical connections between individual nanotubes. Enter the NanoBud, whose fullerene-riddled surface allows greater communication between tubes.

Canatu currently has the manufacturing capacity to produce enough film to cover hundreds of thousands of smartphone touchscreens per month and will be significantly increasing its capabilities in 2015, making broader commercial application a real possibility. Perhaps within a year you can have the touch-enabled [insert anything here] you’ve always dreamed of.