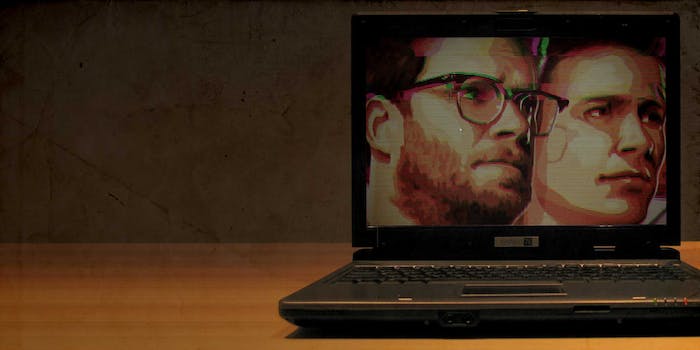 Sony CEO Michael Lynton wants you to see ‘The Interview’

"If the president wants to see the movie I would be more than delighted to send it to him."

Sony CEO Michael Lynton still wants you to see The Interview—and he doesn’t think, like President Obama does, that pulling it from theaters was a “mistake.”

In an interview with CNN’s Fareed Zakaria Friday, Lynton addressed his company’s decision to pull The Interview from its Christmas Day cinematic release, Obama’s criticism, and dealing with the short-term aftermath of the biggest cyberattack in U.S. history.

Lynton was defensive regarding the notion that Sony left Washington out of the consulting process in cancelling the film, saying that it spoke to “senior advisers” at the White House.

“Two days ago I personally did reach out and speak to senior folks at the White House,” he said. “The FBI has been with us now for several weeks and has been great.”

Clarifying the circumstances, Lyton painted Sony as on an island within the industry—unable to follow through on its steadfast plans.

“I think actually the unfortunate part is in this instance the president, the press, and the public are mistaken as to what actually happened,” he said. “We cannot determine whether or not a movie will be played in movie theaters.”

Lynton referred to the wave of distributors that pulled out amid vague, but serious, terrorist threats against the U.S. should the James Franco and Seth Rogan film see a theatrical release; saying Sony was left with “no choice” but to scrap plans. Lynton was also fervent in his company as an institutional defender of free speech.

“We experienced the worst cyberattack in American history and persevered for three and a half weeks,” he said, “All with the effort to keep our business up and running and get this movie out to the public… We have not backed down. We have always had every desire for the American public to see this movie.”

Lynton said that alternative means of distribution—video on demand, even YouTube, as suggested by Mitt Romney—had been considered by the studio. However, as the company has no “direct interface” with consumers, even that is a challenge at this point: “There has not been one major video on demand distributor, one major eCommerce site, that has stepped forward and said they are willing to distribute this movie for us.”

Lynton also clarified that the film itself, as previously reported, was pre-approved by the U.S. government: “We were told there wasn’t a problem [with The Interview],” he said. “We reached out to Washington to gauge the issue and gauge the security risk… that is for the world to see as my stolen emails have been presented in public.”

Addressing the hack directly, Lynton said that it was an unprecedented attack 90 percent of Americans would have fallen prey to. He said it wiped computers clean and destroyed company computers and servers. Moreover, Lynton said that Sony had “sufficient” security in place prior to the attack.

Despite the attack, Lynton does not regret making The Interview, and says he’d green light the project again.

“We have always wanted the American public to see this movie, we have worked tirelessly to do so,” Lynton said. “If the president wants to see the movie I would be more than delighted to send it to him.”